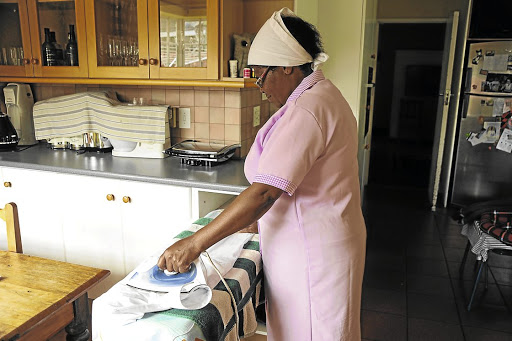 BY PRIDE MZARABANI
THE Zimbabwe Congress of Trade Unions (ZCTU) has blasted the recently gazetted minimum wages for domestic workers as pathetic.

The Public Service, Labour and Social Welfare ministry recently gazetted new regulations specifying that domestic workers were now entitled to $10 000 and $11 576 for those taking care of children, while the minimum wage for other employees was pegged at $25 000.

The Consumer Council of Zimbabwe last week pegged the consumer basket for a family of six at $120 000.

The country is struggling to deal with inflation, now at 131,7%.

ZCTU secretary-general Japhet Moyo said the new minimum wages were a slap in the face of domestic workers and were a symptom of bigger problems in the country that needed to be addressed.

“The $25 000 minimum wage is inadequate for any family and this is an indication that something is very wrong with this country’s monetary policies. Government needs to stabilise currency issues or pay workers in United States dollars. Workers are demanding USD salaries because they want to survive.  It is also within their rights to negotiate with employers. The government should respond to expert advice that has been proffered over the years on how to instil confidence in workers and the market,” he said.

Moyo said the country’s Labour Act and monetary policies should be reviewed.

In a statement, the Zimbabwe Domestic and Allied Workers Union said: “The review of workers’ salaries will not do much to improve workers’ lives as the prices of basic commodities continue to rise”