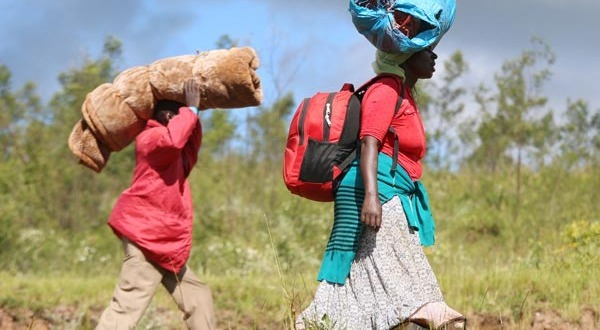 THE government has started to provide security and healthcare in evacuation centres in the seven districts of Manicaland, where scores of people are set to be relocated in the event that Cyclone Chalane hits the country on New Year’s eve as expected.

Manicaland provincial development co-ordinator and Civil Protection Unit chairperson Edgar Seenza said there were also fears of a COVID-19 outbreak if precautionary measures were not taken.

He told NewsDay yesterday that the heavy rains that hit Chimanimani recently were a threat to the lives of many villagers who have already started moving from the district to safety.

“We have started working on security provisions because as you are aware, in these evacuation centres there would be a lot of people.  So we need security for surveillance reasons as a lot happens in such areas,” Seenza said.

“We are also working closely with the Ministry of Health, as you are aware that there is the COVID-19 pandemic. Some precautionary measures should be taken at the evacuation centres as we don’t want an outbreak of the COVID-19 pandemic at centres that are meant for safety,” he said.

He said they had learnt from Cyclone Idai which struck Zimbabwe in March 2019 affecting 270 000 people. It left 340 people dead, and 300 missing in Chimanimani and Chipinge districts which were the hardest hit.

Chimanimani East legislator Joshua Sacco (Zanu PF) urged people in the disaster-prone areas of Manicaland to be on high alert and be ready to move to safe places as the Cyclone Chalane draws nearer.

“Evacuation points have been identified. Those in tents will be moved to safe accommodation. We are busy with awareness.  The exact programme of action can only be done once we know the predicted path of the cyclone.  People should be on high alert and be ready to move to safe areas, especially those who live in disaster-prone areas,” Sacco said.

He warned people to desist from crossing flooded rivers.

“They should be ready also to assist the elderly and disabled during evacuation to the designated centres.   People must ensure they have dry foodstuffs that can last a week or so in case Cyclone Chalane hits us,” he said.

Zupco has been engaged to ferry people from the affected places to safe areas.

The Metereological Services Department has said that the effects of Cyclone Chalane would start to be felt in Zimbabwe today.

Meanwhile, the Zimbabwe Council of Churches has put in place disaster management plans to avert any possible damage associated with the cyclone.

“ZCC, which effectively responded to Cyclone Idai, has activated its preparedness plan as follows: ZCC is attending civil protection meetings in the affected districts; mainly Chipinge and Chimanimani,” part of the statement read.

Its members said they would offer church buildings as evacuation centres, with a number of mission schools being designated as such.  The ZCC also said a small fund was on stand-by for support.