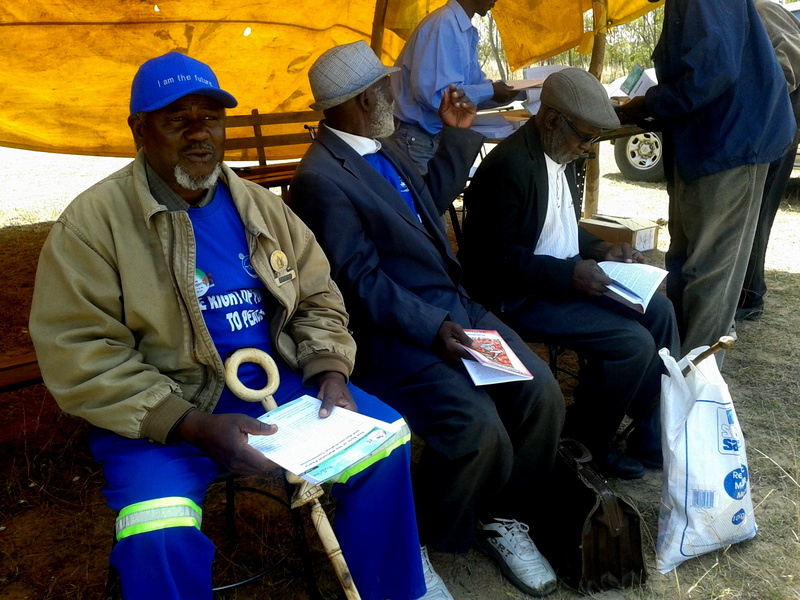 TRADITIONAL leaders have been urged to join hands in combating illegal land sales that are fast gaining prominence in most communal areas surrounding Harare.

The issue was raised in the Senate at its last sitting before Christmas by Senator Chief Fortune Charumbira during the question and answer session. He asked National Housing minister Daniel Garwe how his ministry was handling land corruption in the country.

The minister responded: “I also urge traditional leaders to raise awareness in their communities to ensure that people desist from buying land from land barons. For example, Chief Chikwaka in Goromonzi West has such land barons whereby the place known as Showgrounds has been turned into a squatter camp as the village heads in that area are selling land illegally.

Garwe said the government had put in place a policy to ensure the land barons were brought to book.

“The second authority is the local government. They have land which they supervise.  The third authority pertains to private individuals who bought their land legally and they are not land barons,” Garwe said.

In another question to Garwe, Chief Charumbira queried why those who allocated land to barons continued to enjoy freedom.

“Those land barons who are being arrested for committing crimes in 2015/2016 were corruptly given State land. Why is it that those who allocated that land are not being arrested?” Charumbira asked.

In his response, Garwe said that there was no proper paper trail and some individuals working from municipal authorities and the local government were allocating land corruptly although his ministry was on course to rectify the situation.

“People, who still reside in such places — the laws are clear on that. They should be relocated and this is what we are doing in central government. This is the policy and the relationship between the government and cooperatives was a relationship based on goodwill. Unfortunately, they took advantage of that. We have a task and a responsibility to identify land barons,” Garwe said.

Government and councils are currently in the process of destroying illegal structures on land sold to unsuspecting home seekers by the land barons.

In Budiriro recently, several houses built on illegal acquired land were demolished. Government and the Harare City Council refused to take the blame for the demolitions which left several families in the open at a time the rains are in full swing.