Tadious Manyepo Sports Reporter
GOVERNMENT has started refurbishing the National Sports Stadium in Harare and will assist in renovating Barbourfields in Bulawayo as the battle to ensure the Warriors play their next AFCON qualifier at home this month gathered pace yesterday.

On Monday, a high-powered Government delegation, led by Local Government and Public Works Minister July Moyo, toured the country’s biggest stadium to assess areas which were flagged by CAF inspectors, before committing to upgrade the facility.

And yesterday, artisans were on the ground, attending to the pitch, whose condition was condemned by the CAF inspectors.

Acting Youth, Sport, Arts and Recreation Minister Kazembe Kazembe told journalists during a post-Cabinet briefing that renovations at the National Sports Stadium had started and was confident it could be upgraded, in the next two weeks, to bring it in line with CAF expectations. 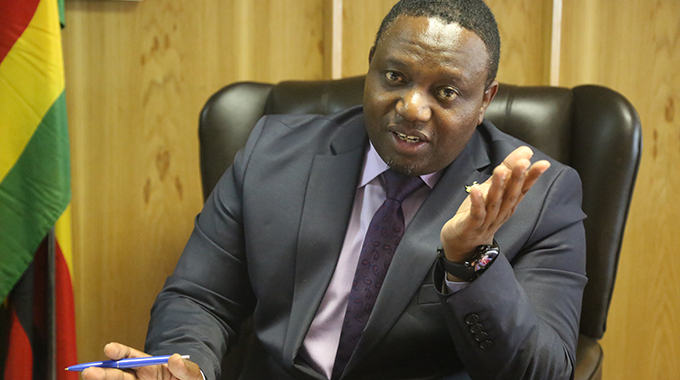 Work is also expected to start at Barbourfields, the stadium which was originally set to host the match against Algeria, and has the best possible chance of being refurbished in time for that showdown, given it has fewer requirements to pass the CAF test compared to other grounds in the country.

Minister Kazembe said the Government was targeting to complete the renovations within the next two weeks and only the installation of bucket seats and electronic turnstiles were likely to be outstanding.

“We are trying to, at least, meet the deadline as we address the issues and concerns raised by CAF. We are trying to address those issues within the next two weeks. There are only two issues which we may fail to attend to, that is the issue of bucket seats and the electronic turnstiles.

“But, as we speak now, work has started at the National Sports Stadium following the meeting of stakeholders yesterday (Monday).

“The pitch is being attended to, the floodlights have already been attended to and are awaiting inspection. 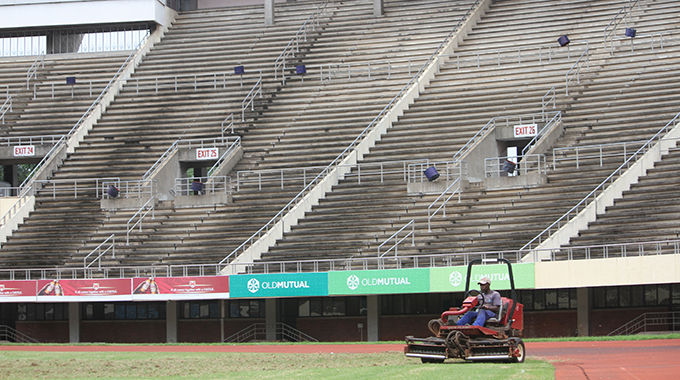 “The doping, medical and changing rooms are all being dealt with and all work should be complete within the next 14 days. The spectators’ sitting stands, and the media tribunes, are also areas which can be dealt with within 14 days, funds permitting.’’

CAF inspectors, who examined the stadium late last year, flagged the doping, medical and changing rooms as well as the playing surface which Minister Kazembe said could all be addressed within the next 14 days.

“Of course, as I have already alluded to, there are only two areas which are difficult to address at this moment, but we are trying our utmost best to address all other areas before March 29 so that we can be able to host our match against Algeria at the stadium,’’ he said.

“We are talking with CAF and we hope the dialogue will be fruitful, especially considering that we would have done most of the work they asked us to do on the stadium.

“We can safely say in two weeks’ time we should have achieved between 75 and 90 percent of the required refurbishments at the National Sports Stadium.” 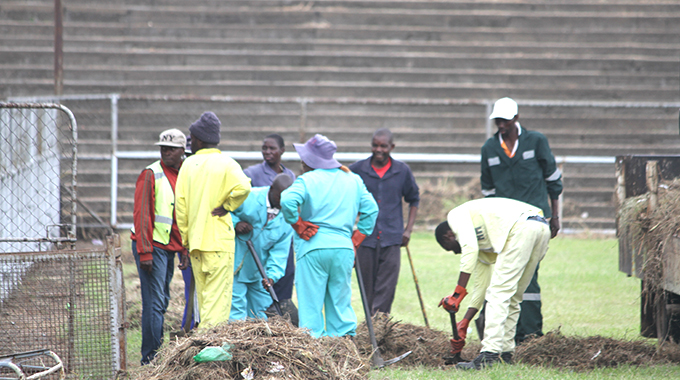 The 2021 AFCON qualifier between the Warriors and Algeria had initially been scheduled for Barbourfields before the stadium was affected by the ban and Minister Kazembe hinted the tie could still be played there.

He said Government sat down with the stadium’s owners, the Bulawayo City Council, with a view to assist the local authority towards the refurbishment of the venue.

“Barbourfields Stadium is owned by Bulawayo City Council, but as Government, we are giving them the necessary assistance. The issues, as I have gathered, raised at Barbourfields, are more manageable than at the National Sports Stadium,’’ he said.

ZIFA president, Felton Kamambo, yesterday told The Herald they had written to CAF asking for a reprieve and were awaiting their response this week.

“We are engaging CAF on the matter, we are very confident they will reverse that ban on our stadiums. As we speak, we have already talked to CAF and we are waiting for their feedback this week,” said Kamambo.