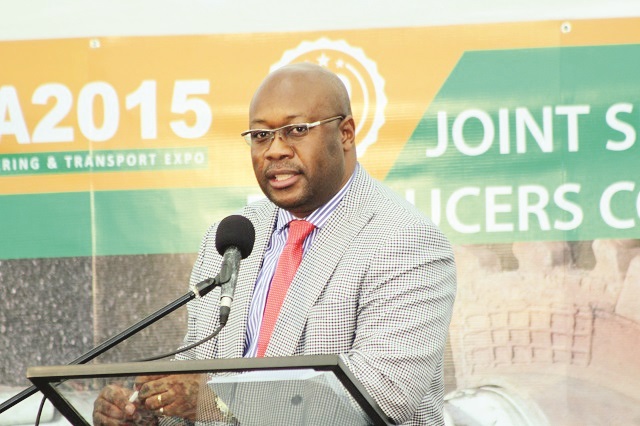 Dumisani Nsingo/ Munyaradzi Musiiwa
THE Government has stepped up its efforts of adding value to platinum, one of the country’s strategic minerals as it forges ahead to accrue potential from its resources.

Mines and Mining Development Minister Winston Chitando said following the signing of a $4,2 billion deal between the Government and a Cypriot investor, Karo Resources to develop a platinum mine and refinery another investor has approached Government with the intention of further processing the mineral.

“We resigned the $4,2 billion deal with Karo Resources, it included the setting up of a base metals and precious metal refinery but we are actually going further to see value addition of the platinum beyond the precious metal stage. Next week I am having a meeting with a potential investor who would like to work on value addition on platinum, specifically the production catalytic converter in the country so we are now talking beyond the refinery stage,” he said.

Work at the Karo Resources project has been earmarked to start in July, with the first output of platinum group metals expected in 2020, aiming to reach 1,4-million ounces annually within three years.

Located in the Mhondoro-Ngezi platinum belt, west of Harare, where Zimplats has operations, the project will include a coal mine and power station to produce electricity for the smelter, and should employ 15 000 people when fully implemented, according to Karo head Mr Loucas Pourolis.

Zimbabwe has the second-largest platinum reserves in the world after South Africa.

The metal is the third largest foreign currency earner for Zimbabwe after tobacco and gold, but it is still being exported in a semi-processed state to South Africa for refining.

As a result, the Government ordered platinum miners to come up with plans to construct a platinum refinery as part of requirements under the value addition and beneficiation cluster in the country’s economic blueprint, Zim Asset.

Zimbabwe has three established platinum producers — Zimplats, Mimosa and Unki — who have been producing approximately 13 tonnes (485 564 ounces) of platinum per year, a figure which could reach 20 tonnes (705 479 ounces) by 2020 if producers invest more in production.

Meanwhile, the Government has devised a major turnaround strategy that would see Shabanie Mashava Mines resuming operation at full throttle and creating more than 2 000 jobs by midyear next year.

Speaking during a tour of Shabanie Mine in Zvishavane recently, Minister Chitando said the company was refining its asbestos dumps which will help the country save $3 million in import substitution.

Minister Chitando said Shabanie Mine, which has since engaged 200 workers, will by July increase its workforce to about 500.

He said the turnaround strategy will be implemented in phases.

“At this stage as we talk we have this dump being retreated and we have employed 200 people and by end of July the dump will be employing 500 people. In terms of the quality of the products being produced here they are the same and they have been certified. Also it will see Shabanie going into the export market. It will also contribute towards import substitution by about $3 million per annum as local consumers will be getting the product locally,” he said.

Minister Chitando said the company was already dewatering Mashava Mine which is expected to be finished by December.
“The second phase of the turnaround strategy is Mashava Mine where there is dewatering of King Mine which is expected to be complete by December. Thereafter there will be re-equipping of the mine after which it will employ around 500 people and resume production by the second quarter of 2019. By that time we expect the staff complement to increase to 800. The next stage after that is the dewatering of Shabanie Mine and the exercise should be complete by the first quarter of next year,” he said.

Minister Chitando said by the end of next year, the company would be employing more than 2 000 people.

Minister Chitando said Shabanie Mashava Mines will soon set up a chrome smelting plant to process chrome that would be mined from its chrome deposits in Mashava.

He said the company is also doing mineral exploration for its limestone deposits in Mberengwa.

The company is doing exploration and drilling on its limestone deposits. The long and short of it is that Shabanie Mine is headed for its former glory,” he said.

“The ownership issues are very clear in that Shabanie-Mashava Mining Holdings is part of the Zimbabwe Mining Development Corporation (ZMDC).