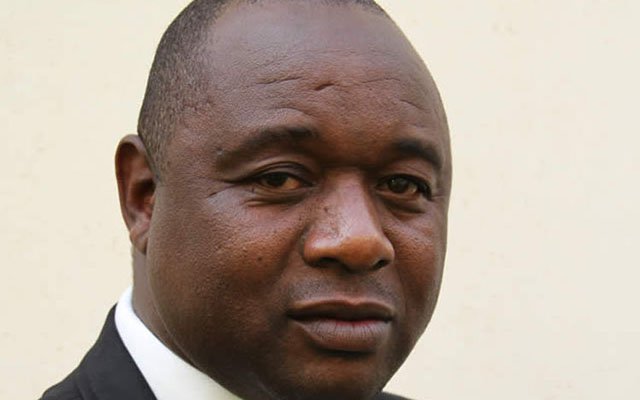 Livingstone Marufu Business Reporter
GOVERNMENT is targeting to increase agriculture’s contribution to national export earnings to around 60 percent by next year from the current 35 percent, due to a number policy interventions that it has lined up to improve the sector. This comes after banks pledged over $1,1 billion for 2017/18 summer cropping season, while Government has so far secured $487 million for the forthcoming season to roll out various programmes, which generates foreign currency and save it at the same time.

In September this year, Bankers Association of Zimbabwe said it had set aside $1,104 billion in funds for the 2017/ 2018 agricultural season, with each bank committing its apportionment. According to BAZ, tobacco and maize crops will be allocated a cumulative 72 percent or $800 million, while cotton will be allocated 5 percent or $55 million of loans. Agriculture, Mechanisation and Irrigation Development (crop production) Deputy Minister Davison Marapira, said agriculture is the main anchor of the economy, with the potential to enhance economic turnaround prospects for Zimbabwe through exports. He said there are strong backward and forward linkages between agriculture and other sectors of the economy.

“Agriculture is the backbone of the country’s economy and by that virtue, the sector should take the lead in export earnings. If we strategically implement the import substitution programmes known as the Command Agriculture programmes, we can increase the sector’s contribution to the national export earnings to around 60 percent by 2018. Through President Robert Mugabe’s agriculture policy interventions, we have a lot of work to do to earn the country forex. Another way of earning more foreign currency for the country is to stop issuing unnecessary import permits and encourage importers to contract more farmers to stimulate production in the agriculture sector.

“The biggest problem we have in Zimbabwe is that we are not doing enough to market our horticultural products across the country, Macadamia nuts which are abundantly grown in Manicaland have high demand in Europe and we are not doing enough to earn as much foreign currency as we can from them,” said Deputy Minister Marapira. He said the country has the best climate in the whole world and any crop can do well in Zimbabwe and increased agriculture production will turn around the fortunes of the country’s economy.

“Zimbabwe has one of the best climates in the world with good weather conditions and quality soils amenable to the growing of numerous horticultural products such as mange tout, sugar snaps, peas, sugar beans, peaches, nectarines, citrus, strawberries and cut flowers, among others.

“The major export destinations include The Netherlands, United Kingdom, Belgium, Ireland, France and South Africa as most of these countries are in need of organic vegetables of which we produce them here but not in adequate quantities,” he said. Experts suggests that the sector provides direct and indirect employment to approximately 60 percent of the population, supplies 60 percent of the industrial raw materials. Agriculture contributes about 19 percent to Gross Domestic Product (GDP). The agricultural sector posted a significant recovery to an estimated 12 percent this year from less than 3 percent in the last two years.

To cover for potential droughts and late rains the country has invested over $100 million in infrastructure rehabilitation and development. Investment opportunities that exist in the sector include infrastructure rehabilitation and development (e.g. irrigation), agro-processing as well as agro value chain development. Opportunities for value addition are in the horticulture, livestock and forestry sectors, among others.