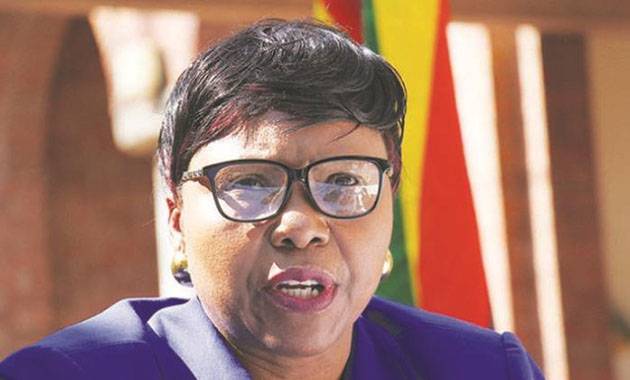 Michael Magoronga Midlands Correspondent
Government is working on regulations that will penalise companies for reckless disposal of waste.

The Ministry of Environment, Water and Climate has engaged the Ministry of Industry, Commerce and Enterprise Development and other key stakeholders to discuss the legal contents of the regulations that seek to stop companies from posing danger to the society.

There has been an outcry from residents and local authorities alike who blame companies, especially in the mining sector, of dumping waste like cyanide and other poisonous chemicals, especially into dams.

In an interview, Environment, Water and Climate Minster Oppah Muchinguri-Kashiri said government was concerned by the way some companies were destroying the environment.

“We are working on the legal framework and we have already engaged key ministries like the ministry of industry and that of Home Affairs to discuss the contents of the framework because we cannot do it alone,” she said.

Cde Muchinguri-Kashiri said the Environmental Management Agency (EMA) had failed to contain the situation due to lack of arresting powers, hence Government came up with a deterrent method.

She said the fines were also not deterrent enough, adding that police where not doing enough to mitigate the situation.

“These fines are not working, they are not deterrent enough,” said Minister Muchinguri-Kashiri.

“The moment one pays, he goes back again to commit the same crime.

“So, we want the matter to be put to finality, we want to protect the people.”

The development is part of Government’s efforts to attain a zero tolerance to litter and environmental degradation.

“We are currently working on a zero tolerance conference where every stakeholders and relevant government ministries will sign a pledge before the President that they will stick to environment preservation methods,” she said.

“Cities, towns, growth points and all major service centres should have landfills to curb littering, very soon it will become a punishable offence not to have one in the town or centre,” she said.