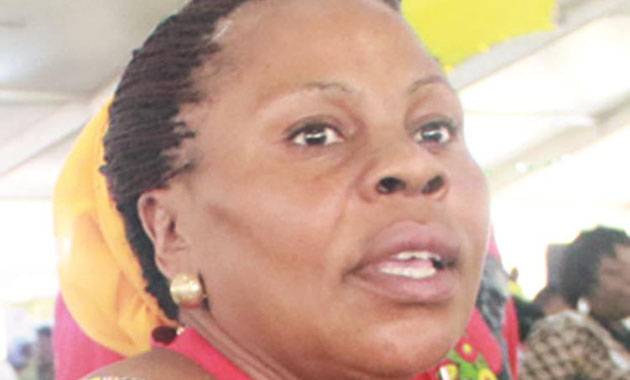 Nyore Madzianike Manicaland Bureau
CHURCH leaders and politicians must engage each other on issues affecting their communities and proffer solutions that guarantee peace to the nation during the election period, an official has urged.

Minister of State for Manicaland Provincial Affairs Monica Mutsvangwa said this during a meeting with church leaders in Mutare on Tuesday.

“Democracy does not require violence,” she said. “I want you as churches to share with us where we go wrong. I also look forward for solutions to those problems from you. I am not here to dictate things to you, but to listen to your concerns and also hear your solutions.”

Minister Mutsvangwa said a democratic electoral process would not be achieved without preaching the gospel of peace, something achieved through engaging churches.

She said violence-free elections could only be achieved if churches preached peace.

Minister Mutsvangwa urged church leaders to spread the word of peace during the elections period.

“I beg you to teach peace from wherever you are coming from,” she said. “Please identify potential perpetrators of violence and immediately report them because we do not want violence.”

Minister Mutsvangwa said Zimbabwe would show other nations that it was a democratic nation by holding a violence-free election.

“We have invited some countries to come and observe our elections,” she said. “We want them to see how mature Zimbabweans are. We do not want those who promote violence. Churches should come in and we say let us work together.”

Minister Mutsvangwa said the smooth transition of power in November last year should stand as an indicator of how Zimbabweans love peace.

“The period of elections only comes once and it is important to preach peace,” she said. “We should show the world that we are peaceful people looking at the November transfer of power which occurred peacefully.”

Minister Mutsvangwa told the church leaders that President Mnangagwa was a leader who listens and was prepared to attend to every citizen’s concerns.

“Churches should also work with local authorities in their respective areas for them to acquire land to build their structures,” she said.

She also encouraged churches to utilise land allocated to them, saying it helped in poverty eradication.

Various church representatives assured Minister Mutsvangwa that they would spread the gospel of peace during the elections.

More than 30 churches drawn from Manicaland were represented by their leaders at the meeting.