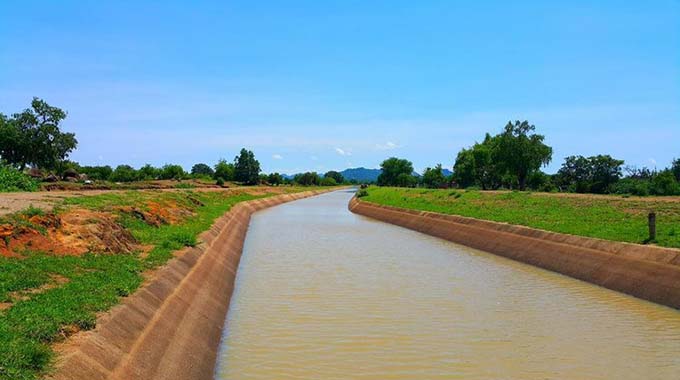 From George Maponga  in Masvingo
Government has warned some communities in the Lowveld against drinking water from irrigation canals, saying it has serious health consequences.

Vice President Constantino Chiwenga last week decried reports that villagers in arid parts of southern Masvingo and parts of Chiredzi were drinking canal water owing to a crippling shortage of potable water in those areas.

“We are quite aware of the serious shortage of drinking water in some areas here and we are in the process of addressing that by drilling new boreholes so that communities here have reliable supplies of potable water.”

“However, I am disturbed by reports that some of our people are resorting to drinking water from canals that pass through this area.

VP Chiwenga said Government has already procured new borehole drilling rigs that have been allocated to each of the country’s provinces to improve availability of water.

“The rigs that we have can drill up to 1 000 metres (1km) and we hope these problems of shortage of drinking water will be solved.

“We have since communicated to the leadership here that boreholes be drilled in two wards under this area where there is a severe water shortage and work will start soon,” said VP Chiwenga.

Most of the boreholes in Nyikavanhu and surrounding areas are no longer functional after either breaking down or because of the depletion of the water table, leaving villagers without a reliable source of clean drinking water.

The development has forced villagers in the area to turn to canal water from the nearby Bangala Dam that passes through the area on its way to irrigate sugar plantations in Chiredzi.

Most communities in the Lowveld have been forced to drink canal water in the face of acute water shortage in the arid area where most boreholes only produce water seasonally.

Tugwi-Mukosi flood victims at Chingwizi, in the vast Nuanetsi Ranch, have also been resorting to canal water that irrigates the nearby Mupapa sugar estates, as most boreholes in the area are no longer working.