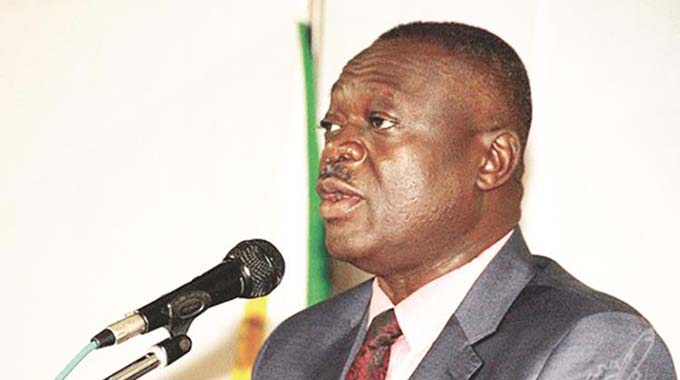 Ray Bande in BUHERA
ZANU-PF is not accusing anyone of causing the explosion that rocked White City Stadium in Bulawayo on Saturday and is imploring the public to help police in bringing the culprits to book, an official has said.

Speaking during a rally to drum up support for the ruling party at Maneta Primary School in Buhera Central constituency on Monday, Politburo member and Minister of Lands, Agriculture and Rural Resettlement Perrance Shiri said Saturday’s incident was an unfortunate act of Satanism.

He said the attack was perpetrated by enemies of the country.

“What happened in Bulawayo on Saturday was regrettable,” said Minister Shiri. “That was an act of Satanism. Let us not accuse anyone as masterminds of Saturday’s incident.

“In fact, as a party, we are not pointing fingers at anyone. We will let the police do their job. We can only urge members of the public to help law enforcement agents in bringing the culprits to book. We know they will misfire when partaking in discussions, be it in churches or beerhalls.

“That is where we expect you as members of the public to report any suspicious utterances or acts. Let us be   vigilant.”

Minister Shiri said the party had embarked on an intensive livestock breeding programme that kicked off in Matabeleland South and would soon cover the entire country.

“We are fortunate that we have a servant leader in Cde Emmerson Mnangagwa,” he said. “He is willing to listen to the people of Zimbabwe. This explains why he came down here to Buhera when he heard that people want Marovanyati Dam construction to be completed.

“He came and made pledges to that effect and also talked about roads in this area. The good thing is that it is already work in progress.

“We are not ending with the dam and the roads. There is a massive livestock production programme that has its roots in the Command Agriculture programme. It started off in Matabeleland South where the President provided 1 160 beasts, and the same will be done in all other areas depending on need.

“Some will choose to go into goat, sheep or chicken production, but the resources have already been secured and distribution will soon be done countrywide.”

Minister Shiri urged the people of Buhera to rally behind Zanu-PF in the forthcoming elections.

“Therefore, it is important for us as people of Buhera to support Zanu-PF and desist from violent ways of convincing people to join us,” he said.

“Even if they are MDC or People First, we have to talk to them nicely and make them see the good in Zanu-PF. If they refuse to join us, let us leave them and go ahead to vote for our party. As united as we are, we will surely win this election and go ahead implementing developmental projects for our beloved nation.”