Grace Mugabe: the rags to riches rise and fall of ‘Gucci Grace’ 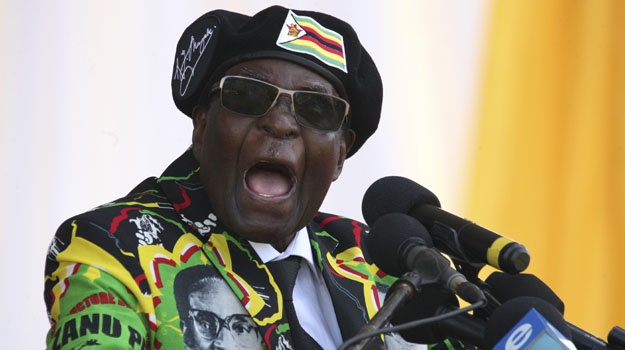 Even before Tuesday night’s dramatic events, which could yet mark the end of her rags-to-riches story, it had not been a great year for Robert Mugabe’s mercurial wife, Grace.

There was the extraordinary incident in which she allegedly assaulted a young model in Johannesburg – and needed diplomatic immunity to avoid an embarrassing court case.

There was the bitter feud with the vice-president and rival to succeed her husband, Emmerson Mnangagwa, which resulted in her denying she plotted to poison him.

Then there was the decline in both the Zimbabwean economy and her own personal popularity ratings. The two may be connected, given that her detractors like to refer to her as the “First Shopper”.

Grace Mugabe’s political ambitions may have been as much about self-preservation as an instinct to lead. She has two sons and a daughter with the 93-year-old president. Libya is not the only case study to demonstrate that history is not always kind to family members who outlive a long-term authoritarian ruler.

On Wednesday morning, it was reported that she was in Namibia on business as her husband remained detained at home in Harare, her attempts at future-proofing herself and her family having apparently backfired.

At the heart of Grace Mugabe’s extraordinary journey from struggling single mother to the most powerful woman in Zimbabwe is a love story. In the early 1990s, Grace, a young married woman who had secured a job in the president’s typing pool, found that the president kept sticking around to say hello.

“He came to me and started asking about my family,” she told South African journalist Dali Tambo in 2013, in a rare interview. “He just started talking to me, asking me about my life. Were you married before, things like that … I didn’t know it was leading somewhere. I was quite a shy person, very shy.”

The anglophile president wooed Grace over tea and scones, but there were a couple of obstacles to their relationship. One was the age gap – President Mugabe is 40 years older than Grace. Another was the fact that the president was already married, to Sally Mugabe, who at the time had terminal cancer. “I felt a bit uncomfortable when he proposed to me since he was still married to Sally,” she said.

Robert Mugabe, never a great romantic, took a practical approach. “It was necessary for me to look for someone and, even as Sally was still going through her last few days, although it might have appeared to some as cruel, I decided to make love to [Grace]. She happened to be one of the nearest and she was a divorcee herself. And so it was,” he said in the same interview.

Sally died in 1992. Grace and Robert were married in 1996 in a lavish ceremony attended by 40,000 people, including Nelson Mandela. By then the couple already had two children and a third would arrive a year later.

At first, as she struggled to emerge from the popular Sally’s shadow, Grace was a quiet first lady. She appeared by her husband’s side for official functions but she rarely got involved in politics herself. Publicly she focused on charity work; privately on legendary shopping expeditions. Also, nicknamed “Gucci Grace”, she has a penchant for Ferragamo heels. On one spree in Paris she is widely reported to have racked up a £75,000 bill.

But the seeds of the first lady that Grace would become – more involved, more powerful – were already being sown.

In 2009, a British photographer, Richard Jones, tried to take her photograph outside a hotel in Hong Kong. She wasn’t happy. Jones alleges that he was chased down by her bodyguards, who pinned back his arms while she punched him repeatedly in the face. She has since been implicated in several incidents outside Zimbabwe: in Singapore, in Malaysia and most recently in South Africa, where in August she was accused of assaulting a young model with the plug at the end of an extension cord. Only a diplomatic pass enabled her to return to Harare with her dignity just about intact.

Outside her role as Zimbabwe’s first lady, she has also run several failed mining businesses and built her own dairy farming empire on five previously white-owned farms. The former owners had been evicted during Zimbabwe’s controversial “land reform” process.

Grace was learning from her husband, she explained. “I was very young when I started living with President Mugabe. But he was patient with me and took time to groom me into the woman that I am now,” she said in a 2012 speech.

In 2014, she was slowly unveiled as a potential successor to her husband. She became head of the ruling party’s women’s league, a position that gave her a seat on the party’s all-powerful decision-making body, the politburo. She was awarded a doctorate from the University of Zimbabwe, although she was only registered at the institution for three months, giving her the necessary academic background (her thesis, on the changing structure of the family, has never been publicly released).

The state propaganda machine began talking up her political acumen – and so did she. She started holding rallies where she would rail against the president’s perceived enemies, telling one crowd: “They say I want to be president. Why not? Am I not a Zimbabwean?”

The first lady had the active support of Zanu-PF’s Youth League, and some politicians coalesced around her to form a faction called Generation 40 (G40) – a grouping of younger leaders that deliberately draws a distinction with the party’s old guard.

But she remained deeply unpopular with wider population, who have been incensed by reports of her extravagant spending. Nor was she ever the only contender for the throne.

In recent years, Mnangagwa had emerged as her husband’s likely successor, partly because of his support within the country’s powerful security establishment and among veterans of Zimbabwe’s 1970s guerrilla war.

Robert Mugabe’s move to sack Mnangagwa last week appeared to settle the contest in favour of Grace. The army’s intervention this week means the opposite result is now all but certain.

Newer Post
‘Like a dream’: Harare wakes up to new era after a very low-key coup
Older Post
Robert Mugabe’s grip on Zimbabwe ebbing away after military takes control