The Zimbabwean Government is reportedly handing out mining concessions to miners to develop new coal mines in conservation areas. 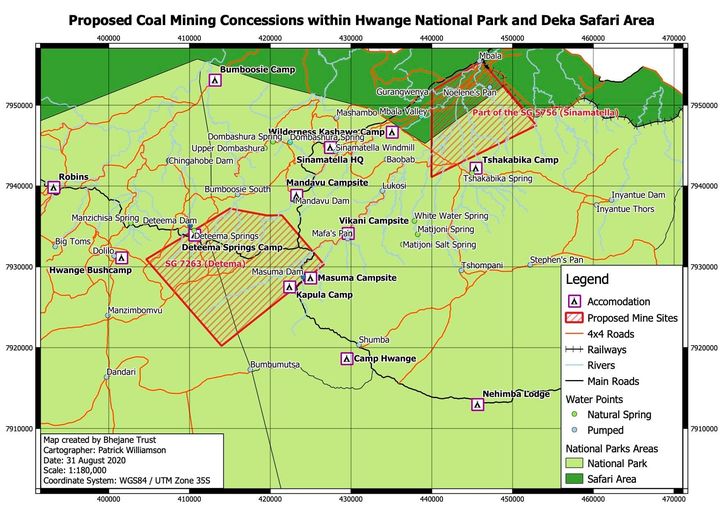 Conservationists in Hwange say that two Chinese companies have already been granted concessions allowing them to explore for coal inside the Hwange National Park, the country’s biggest game reserve.

According to the Bhejane Trust, which works with Zimbabwe’s National Parks and Wildlife Management Authority in conservation in the Hwange area, the two concessions were given to Afrochine Energy and the Zimbabwe Zhongxin Coal Mining Group. Bhejane said in a statement Tuesday:

We followed up on this and discovered the Government has allocated two coal mining concessions in the middle of Sinamatella and Robins.

The mining concessions are Special Grants which apparently can only be issued by the President, and both been granted to Chinese companies.

A petition by villagers in Lukosi in Hwange to the Hwange Rural District Council earlier this year raised issues of air and water pollution by the mining companies.

The community complained about air and land pollution caused by Zhongxin trucks along Nekabandama road.

They also protested about the pollution of water by mining companies upstream of the Deka River.