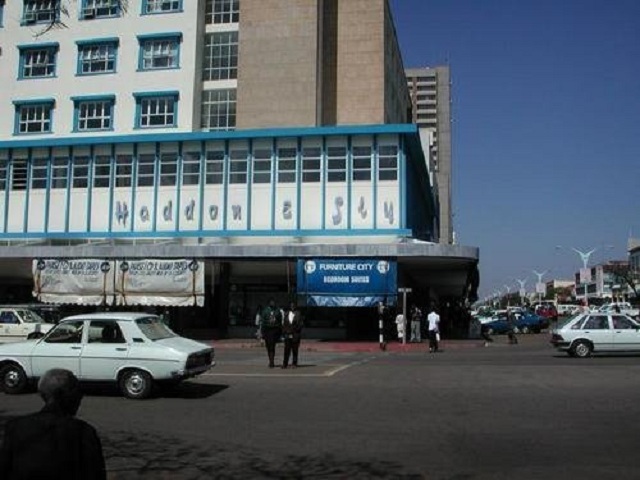 Peter Matika, Senior Reporter
ONE of Bulawayo’s leading supermarkets, Haddon and Sly has been dragged to court by a security company, Safeguard, for failing to settle a debt amounting to nearly $28 000 over a period of five months.

According to summons filed at the Bulawayo High Court, Safeguard Security (Pvt) Ltd through their lawyers Messrs Moyo and Nyoni is demanding Catesbury Trading (Pvt) Ltd trading as Haddon and Sly to pay $27 836,66 in outstanding dues.

According to the court summons, on 1 October 2017 Safeguard and Haddon and Sly entered into an agreement, where the latter would provide security services at the supermarket situated along Fife Street in the Bulawayo Central Business District.

It was further stated that on 1 February this year, Haddon and Sly Supermarket acknowledged the outstanding amount after being issued with summons and pledged to draw a payment plan.

However, since then, the supermarket has failed to make any payment to the security company.

Safeguard Security is praying to the court to make a judgment where Haddon and Sly pays the stated amount, with interest on the figure at the prescribed rate of interest, collection commission and also to meet the costs of the suit on an attorney and client scale.

Meanwhile, in a related case Duly Motors (Pvt) Ltd has dragged Eco-Energy (Pvt) Ltd to court over outstanding rental arrears amounting to $42 000.
Court records show that on 20 May 2015, both companies entered into a lease agreement, where Duly Motors was to pay monthly rentals of $0,03 (three United States cents) per litre of fuel sold for each calendar month or $3 500.

Rentals owed to Duly Motors are for between February 2017 and January 2018. Duly Motors also seeks to have Eco-Energy meet the costs of the suit for the proceedings at an attorney-client scale and collection of commission.