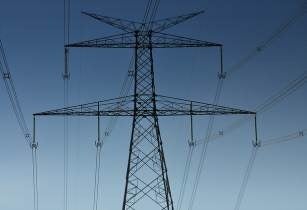 IN September last year, I wrote suggesting that a substantial reward (US$1 000 at the time) be offered to whistleblowers reporting on people who tampered with electrical gear.

I also suggested that signs should be put up on transformers, spelling out the penalty for anyone caught tampering with the gadgets.

For example, how many households are affected and for how long the area would be without power before the transformer is replaced or if the transformer will ever be replaced, should all be factored into the jail sentence.

I suggest this because of the cost to consumers of losing their goods stored in deep freezers, buying alternative power sources like inverters, batteries and solar panels; and the huge loss to the nation in foreign currency buying a transformer or solar panels and batteries.

This is tantamount to economic sabotage and the penalty for tampering with ZETDC equipment should also include this element. Certainly, if the theft results in even one factory or farm being unable to operate, the thieves must be held to account for the economic losses suffered.

Last night, there were two incidents of cable theft in our area which is now causing untold suffering to hundreds of people in the area as well as stretching ZETDC manpower and finances.

As things stand, we are unsure if the cables will ever be replaced due to the lack of forex.

Surely it is worth everybody’s while to have a huge penalty and equally huge reward offered to anyone who can give information leading to the arrest and prosecution of these thieves.