Harare: A tale of two cities 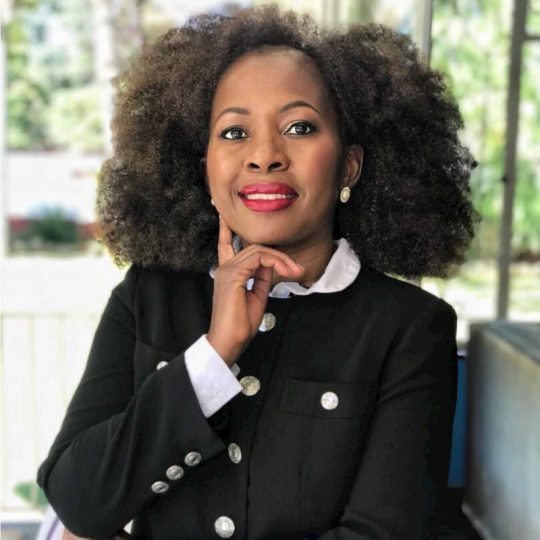 The street vendors have more access to cash than regular businesses so you find cash more easily downtown.

My old Samsung phone died recently. I did everything to keep it going because it had all my history on it, especially my notes.

I tried to transfer them onto the cloud but I had to do that one note at a time and I had over three years of notes there so I gave up trying. The first time my phone refused to wake up, I took it to the phone repair guys at the mall in Harare Central Post Office. The fact that the main post office has been turned into a mini-mall is a sign of the hard times we are living in.

I took the phone in at about 4pm and they told me that it would take an hour to put in a new screen but it was 7pm before I finally got my phone back, almost as good as before. What was fascinating about being in the city centre at that time is that the streets got busier with every tick of the clock.

Even the mall was getting more vibrant with each passing hour, which was unlike the way the city centre used to be. In the old days, businesses in town kept strict office hours so by 5pm all the shops were closed and by 6pm the streets emptied out as all the workers headed home.

That was back in the day when most people had a job in a shop or an office. Nowadays most people downtown are self-employed so they are happy to accept a sale at whatever time it comes in.

There is a famous shebeen in the southern suburbs whose proprietor will wake up and serve patrons whatever time they come knocking. There is an incredible energy and sense of commerce that you find as you move further south from Samora Machel Avenue, Harare’s centre of commerce.

There is a reason why rents are higher in the Indian part of town because business is always booming there.

It is also chaotic, with vendors setting up shop on the pavement but there is no shortage of passing traffic and the streets are congested.

When you cross over to the northern suburbs, things are still very traditional. Most restaurants are closed on Monday, if you come to dine after 9pm they will tell you that the kitchen is closed and restaurant staff take a break between 3pm and 6pm.

In other words, conventional businesses still stick to their old rules. Except for food, the economy is so bad that people uptown do not buy luxuries anymore. Clothes, furniture, appliances and other non-essential items are gathering dust in shops all over the suburbs.

Especially when it comes to clothes, Zimbabweans have become used to buying from the secondhand market from clothes donated in bales by international donor agencies so they will not spend more than US$10 to buy anything when they can buy it so cheaply elsewhere.

There are so many fake Chinese goods that even MAC make-up is sold door-to-door in hair salons while the original MAC store at Sam Levy’s Village struggles to make sales. At one point I considered relocating back to the United States so I gave my expensive china tea cups and dinner service to an antique store to sell on consignment and most of the items did not sell four months later.

The lady told me that consignment items can sit there for months but by then I had changed my mind and decided to stick it out in Zimbabwe so I took my things back.
The biggest difference between the northern suburbs and downtown Harare is the availability of cash or the lack thereof.

The street vendors have more access to cash than regular businesses so you find cash more easily downtown. It was only recently that commuter omnibuses started to accept Ecocash so most workers struggled to keep cash for transport.

Most people in Zimbabwe do not have cash so most retail payments are made by Ecocash or card payments. Bank transfers make up a small number of payments especially for purchases with larger companies.

Ecocash is the de facto currency of Zimbabwe because it is accepted everywhere. As the cash crisis deepened, there was a shortage of point of sale (POS) and banks were only issuing machines to their long-term customers so the new President, Emmerson Mnangagwa declared that one of his 100-day priorities was to introduce 100 000 POS machines into the economy.

I have a passion for fintech, I had already used the mobile POS (MPOS) machines that you attach to your phone in the US so I went around trying to sell the idea to banks and government.

You simply attach the small card-reader to your phone via the headphone port so you can swipe or you enter the card number into the app on the phone so it is ideal for vendors anywhere in the country and it is less bulky than a regular POS machine.

I demonstrated the device to FBC Bank and the deputy minister of finance Terrence Mukupe, and everyone was impressed with the idea but they never followed up with me.
In the US PayPal and other financial companies are coming up with variations of the MPOS machines.

The most popular one is stripe and it accepts all cards, including international credit cards. Soon after I tried to pitch my device, Steward Bank came up with their Kwenga, which is a clumsy version of the MPOS devices meant to work only within their network.

The problem with Ecocash is that their fees are insanely high and there is no transparency with their accounting for individual customers. I often go and get a monthly statement printed out but it means I stand in line for a couple of hours in the Econet store in order to get a printout.

The worst part is their debit card linked to Ecocash. Even their own staff told me not to use it because payments are often declined while your account is debited. I avoided registering for Ecocash for a long time because it was used by a certain class and I preferred paying with bank cards but I finally caved in out of desperation.

Meanwhile, banks are doing everything in their power to prevent withdrawals from customer accounts. My gardener also refused to get paid through Ecocash at first until I made it clear that it was the only option left for him to get his pay. Using Ecocash feels like the height of desperation, as a society.

I went to Maasdorp farmers market the other day and some of the older vendors are still resisting Ecocash but as a business person in a country that is now devoid of currency it seems foolhardy not to adopt every payment method possible.

Last year, I went to the dentist near Holiday Inn and, as I stopped to park, a group of men surrounded my car offering me different currencies to exchange. They were disappointed to find out that I was not there to exchange money.

The money changers started out at Roadport but now they are all over the Avenues.

There is no cash shortage with these vendors. Nehanda Radio recently had an in-depth article on the activities of the money changers in Harare.

Before the new dispensation, money changing was outlawed and that was the only time that people rioted in town as the police clashed with money vendors. As of today, 1 US dollar is equal to $1,30 bond notes in cash and $1,60 by bank transfer.

One time I was parking at a hotel in town and a money changer came up to me asking to buy my car. Clearly the business pays well if he was offering to buy it cash.

Maybe the fact that there are no bond notes to be found means that we have to come up with a new currency that is actually present. I have visited several countries under the Rand Monetary Union and it works very well.

I went to the well-attended Africa Day food fair at Shamwari Plaza in Belgravia and I remember seeing a pathetic $6 in their cash box, out of the dozens of people who were there that day. Having money in your wallet instills confidence in people. You are less inclined to spend with an empty wallet and retail spending stimulates the economy. I got into an argument with someone who said to me that the only thing this government needs is to win the elections then money will pour back into the economy but I do not see how having exactly the same people managing our finances is going to change anything.

Zimbabwe has 14 million people so surely we can find other hands to manage our finances.

Peters is a business and investment consultant. She can be contacted on Twitter@debbienpeters.