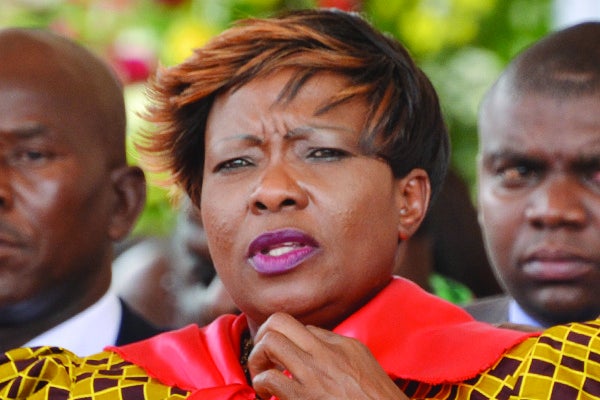 Harvard University has succumbed to pressure from several former United States ambassadors to Zimbabwe and other countries by backtracking on its earlier statement that it has issued First Lady Auxillia Mnangagwa with an honorary ambassadorial role.

The top-rated international university said it never appointed Mnangagwa, but simply just had an “informal conversation”.

The diplomats had written a petition to the world-renowned academic institution saying Auxillia did not deserve the Harvard University Global Health Catalyst ambassadorship awarded to her last week on the sidelines of the United Nations General Assembly in New York, the United States.

“Two outstanding women, Her Royal Highness Princess Dina Mired and Her Excellency Auxillia Mnangagwa have been recognised by the Harvard Global Health Catalyst for their exemplary high impact work in increasing access to cancer prevention and control and championing the reduction of health disparities in their countries across the globe,” part of the honorary award letter read.

“Harvard-affiliated researchers working at one of our hospitals recently had an informal conversation with the First Lady of Zimbabwe about cancer screening in Africa. The First Lady has not been named an ambassador at Harvard University,” the university said.

The Global Health Catalyst yesterday issued a retraction of the announcement on the awarding of the honorary ambassadorship to Auxillia, saying the programme and its representatives were not authorised to speak on behalf of Harvard University.

“A recent announcement on this website stated that her Excellency Auxillia Mnangagwa was honorary ambassador of the Harvard Global Health Catalyst. That announcement was soon after removed for clarity,” the statement said.

“To be clear, neither her Excellency Auxillia Mnangagwa nor any other person is appointed an ambassador, honorary or otherwise of any Harvard entity. In addition, the Global Health Catalyst programme and its representatives are not authorised to speak on behalf of Harvard University or Harvard Medical School or any other institution.”

Information deputy minister Energy Mutodi accused ex-diplomats of jealousy, saying Mnangagwa had done a lot of work that has been commendable.