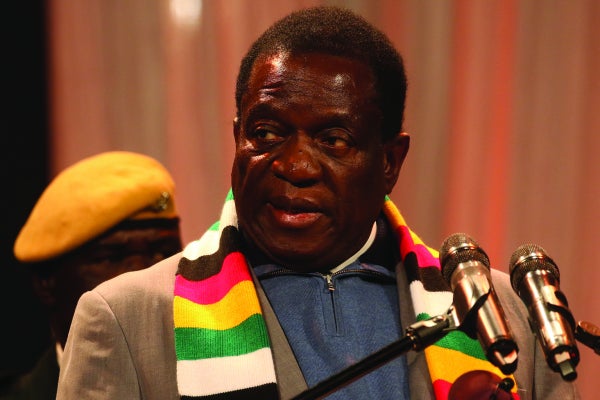 The International Monetary Fund (IMF) has raised a red flag over payments made to the unit of Trafigura which is fronted by President Emmerson Mnangagwa’s top ally Kudakwashe Tagwirei.

The damning IMF report on Tagwirei’s role in the ambitious agriculture project comes at a time the Reserve Bank of Zimbabwe (RBZ) had frozen bank accounts for companies belonging to the business mogul on allegations of causing mayhem in the black market exchange rate.

According to the report against Zimbabwe Staff-Monitoring Programme (SMP) review, the IMF was against the Command Agriculture funding model and wanted Mnangagwa to retain the Presidential Input Scheme to provide safety nets for vulnerable communities.

“The delegation was concerned about the growth in reserve money (bank balances with RBZ, RTGS balances and fiat money in circulation). Reserve money has been growing at about 80% since January and IMF believes that if RBZ brings the growth rate to fewer than 50% by December that would be a big achievement,” part of the summary report read.

“RBZ says it’s targeting 8%-10% by December which evidently seems unlikely. Reserve money is inflationary as it can be used for transacting.”

The report comes after Mnangagwa has already given Sakunda Holding; Tagwirei’s implementing company for the Command Agriculture, a programme believed to have funded the November 2017 coup on the late former President Robert Mugabe.

Mnangagwa had insisted on the programme against recommendations by observers that the project not only signified State capture, but prejudiced the nation of billions of dollars. Observers claimed Tagwirei did not invest any money into the ambitious project, but was fleecing the State through primitive accumulation of Treasury Bills (TBs).

And the IMF concluded that the funding model was obscure, demanding a brief on who the beneficiaries of the TBs are.

Government sources have claimed Tagwirei’s Sakunda Holdings has been cashing out $300 million worth of TBs into the market. The TBs were issued at the 1:1 parity with the US dollar in 2017 when the Command Agriculture was introduced.

Using the current exchange rate, the $300 million TBs translated into an excess of $3 billion which was then poured into the black market to mop up US dollars, plunging the RTGS dollar, forcing Mnangagwa to order a freeze of bank accounts.

Croco Motors was also reportedly on a cash buying spree after receiving millions of dollars from government to purchase ministerial vehicles. Spartan
Enterprises reportedly owned by one of Mnangagwa’s nephew Tarisai, whose company has been involved in illegal foreign currency deals and sale of gold, was also not spared.

The IMF report added: “At the time of issuance, the then Finance minister Patrick Chinamasa wrote to Sakunda that these TBs represented a foreign liability and that letter was the basis upon which the RBZ converted the TBs at 9:5. Whether it was part of an elaborate plan at the time to siphon resources or the minister was simply naïve is yet to be known.”

Mnangagwa, the IMF demanded, should also remove all subsidies by December except possibly on electricity for domestic power users.

In an end-of-mission statement for the article IV consultation that coincided with first review of the SMP, the IMF said risks to budget execution are high as demands for further public sector wage increases, quasi-fiscal activities of the RBZ that will need to be absorbed by the central government and pressure to finance agriculture could push the deficit back into an unsustainable position.

IMF mission team led by Gene Leon visited Harare from September 5-19 and held discussions with authorities, covering recent economic developments, the near and medium-term outlook, risks to the economy, developments in the financial sector, and the set of economic policies that are needed to restore stability and build the foundations for strong, sustainable, and balanced growth.

“Policy actions are urgently needed to tackle the root causes of economic instability and enable private sector-led growth. The key challenge is to contain fiscal spending consistent with non-inflationary financing and tighten monetary policy to stabilise the exchange rate and start rebuilding confidence in the national currency,” Leon said.

Leon noted that economic difficulties have continued throughout 2019, exacerbated by severe weather shocks.

As such, gross domestic product growth in 2019 is expected to contract negatively affected by effects of drought on agricultural production, electricity generation, impact of Cyclone Idai and the significant fiscal consolidation to correct past excesses.

Meanwhile, the RBZ has lifted a freeze imposed on five companies suspected of fuelling the galloping foreign currency parallel rates.

The lifting of the freeze came barely 24 hours after the RBZ ordered banks to freeze the accounts for Bill Height Investments, Landela Investments, Rimosa Trading, Fossil Agro and Traverze Travel, a week the central bank ordered the freeze of bank accounts for four companies owned by Mnangagwa’s top allies.

“The unit has since concluded its scrutiny of the relevant transactions. You are, therefore, to unfreeze the accounts.”

Three of the five companies whose accounts were frozen on Wednesday – Landela Investments, Rimosa Trading and Fossil Agro, according to Zanu PF MP Justice Mayor Wadyajena, belong to Tagwirei.