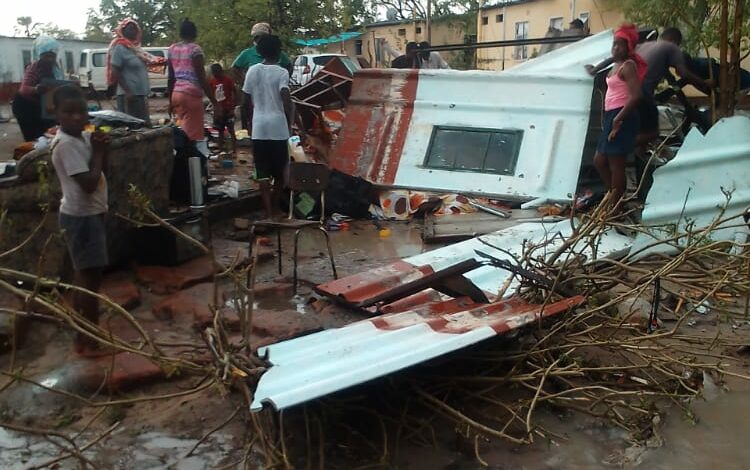 SEVERAL families in the Ngumija area of Hwange District in Matabeleland North province have been left homeless after storms and heavy rains that pounded the area last week destroyed buildings and left scores nursing injuries.

The heavy rains and blew away roofs and destroyed several buildings, most of which are owned by the National Railways of Zimbabwe (NRZ).

“As for the NRZ property, there were 63 houses which were destroyed and three people were injured. Those who were injured were attended to at our clinic, and one was referred to St Patrick’s Hospital, where they required a police report,” Banda said.

“We have started mobilising materials for the renovations of the affected houses. The incident did not only happen in Ngumija only, but also at other parts of Hwange and Mashonaland provinces. Other affected areas are not necessarily NRZ property, but I understand that several other areas were affected.”

Matabeleland North Provincial Affairs minister Richard Moyo said the extent of the damage was yet to be ascertained so that the victims could be assisted.

“I am not at the office, and the district coordinator is on leave. I will call my office and instruct them to find out what happened in Ngumija,” Moyo told NewsDay.