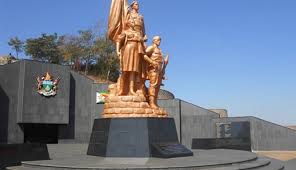 ANNUALLY in August, Zimbabwe remembers its national liberation
struggle heroes, which is the correct thing to do, despite arguments that
the definition of a national hero has been politicised by the ruling Zanu
PF party to mean only those that were part of the Zimbabwe African
National Liberation Army (Zanla) or the Zimbabwe People’s Revolutionary
Army (Zipra), or founding nationalists and activists of either Zanu PF and
PF Zapu.

A view that was most stridently observed by former president Robert Mugabe
when in a speech delivered in early 2013 he pronounced that those who were
complaining of their leaders being denied national hero status were better
off building their own commemorative shrines.

It was a statement which left a sour taste in the mouths of many
Zimbabweans because of the narrowness of its import and its immediate
indication of “exclusivity” of hero status to the ruling party. Even in
death.

Of late, Mugabe’s successor – Emmerson Mnangagwa – has sort of gone on a
different trajectory. He has bestowed national hero status on some who do
not fit into Mugabe’s previously strict criteria.

Luminaires such as musician Oliver Mtukudzi and even nationalist, who by
the time of his death was an opposition leader, Dumiso Dabengwa come to
mind.

Further to this, Mnangagwa appears to have also “de-territorialised” the
Heroes Acre by accepting individual family requests that they bury the
national hero at a place of their choosing, not as is tradition, at the
actual National Heroes Acre in Harare.

It is an interesting development in the fact that it sort of depoliticises
defining a national hero though this remains to a greater extent the
prerogative of the president and the ruling party.

It also in contradiction to its purported intent, makes the actual Heroes
Acre remain exclusive to those the ruling party prefers to bury there.

But I guess what is important is not so much where one is buried but the
contribution to the liberation struggle or our post-independence national
democratic public interest, all of which can be measured in reality or
inferred by popular public opinion.

Because of the passage of time between the liberation struggle and the
present, together with highly partisan perceptions of what a national hero
is, we tend to forget the actual struggle against minority settler
colonial rule and it’s somewhat understandable.

National imaginations do not find new life in dwelling on the past,
especially in our contemporary times where we appreciate more the
immediate than what occurred in order to found the nation that is called
Zimbabwe or in particular, we would not easily want to remember or
acknowledge the immense personal sacrifice and bravery of those that took
up arms in the 1890s and from the late 1960s-1980 against colonial
repression.

And even those that we in those liberation struggle periods we were either
temporarily defeated by and eventually overcame do not prefer for us to
have long memories of the same.

So literature and objective cultural products about our struggles for
liberation are becoming fewer and scarcer or are now limited to burial
ceremonies and the disparaging of war veterans for their never-ending
demands on the State – based on their own assumptions of the exclusivity
of their personal sacrifices.

Ideally, issues of the welfare of war veterans should have been resolved
at least in the first ten years of our national independence. But they
were not and probably won’t be a for a while yet.

All of these contradictions about hero status’ are, however, not
reflective of the meaning of the liberation struggle in its own
occurrence. And this is the most significant point I wish to make here.

With Heroes Day, we do not just remember individuals. We remember in
particular the pain that was the liberation struggle in its fullness as
well as its eventual necessity at that time.

While we now have the benefit of hindsight of this remembrance, where
occasionally we may find fault with how the struggle may have been waged
or who was more authentic than others in it, the essential point is to
acknowledge the broad vision and mission of the struggle itself. And to
measure if indeed we are still focused on its people-centred objectives
that many took up arms for.

I will end with a bit of an anecdotal narrative. I have known a number of
former freedom fighters a bit personally. Two are my blood brothers.
Others were post-independence development or democracy activists. The most
prominent were Dzinashe Machingura or Cde Dzino as he was affectionately
known, Freedom Nyamubaya who was also a writer and rural development
practitioner.

In my conversations with all of them, they would lament the chasm between
the ideals they were fighting for and the ambiguous and contrarian reality
that they lived out after independence itself not for themselves and their
welfare but in relation to the country as a whole.

What I know is that this is the gap that we must fill and bring our
country closer to the ideals of the liberation struggle from a reality in
which we are walking in the opposite direction, away from them.