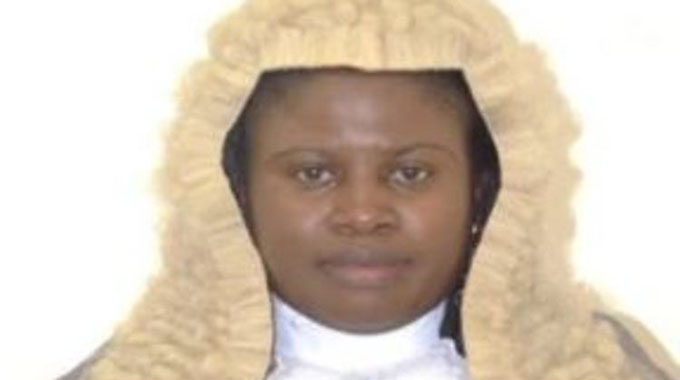 Fidelis Munyoro Chief Court Reporter
A housing development company in which businessman Adam Molai has interests, has been granted an urgent prohibitory interdict preventing the National Social Security Authority (NSSA) from demanding payment of $16 million from its insurers, Zimnat Lion Insurance, over a housing construction deal that went sour.

Housing Corporation Zimbabwe (HCZ) is embroiled in a legal battle with NSSA over breach of contract involving the construction of 8 000 housing units.

HCZ dashed to the High Court after NSSA wrote to Zimnat Life Insurance demanding payment of $16 million, arguing that the former had failed to fulfil its obligations in terms of the housing off-take agreement.

NSSA accused HCZ of failing to deliver any completed housing units required in terms of the agreement.

Justice Esther Muremba found merit in HCZ’s application which sought to stop Zimnat from releasing the money to NSSA.

She also interdicted the authority from receiving payment from the insurance company pursuant to the letter of demand.

“Pending the determination of the matter on the return date, an interim order is hereby granted in the following terms: The guarantor (Zimnat-first respondent) be and is hereby interdicted and restrained from making any payment to the beneficiary (NSSA-second respondent) under and in terms of the Performance Bond pursuant to the seconds respondent’s letter of demand,” she said.

“The second respondent be and is hereby interdicted and restrained from seeking to execute on its letter of demand in relation to the Performance Bond, or receiving any payment from the guarantor (first respondent) pursuant to the letter of demand.”

In addition, Justice Muremba prohibited NSSA from writing any further letter of demand for payment to Zimnat until the matter is finalised.

The dispute arose after HCZ entered into a housing off-take agreement with NSSA on July 14.

This meant that HCZ would acquire land and construct 8 000 housing units, which would be sold to NSSA, as complete housing units of the housing development project.

The parties agreed on the terms and conditions governing their rights and obligations relating to the acquisition of the land, construction and off-take of the housing units.

The rights and obligations of the parties under the agreement were subject to the fulfilment of certain conditions.

One of the conditions being that developer was to furnish NSSA with an unconditional and irrevocable performance bond of $16 million issued by an insurance company or bank in the form acceptable to NSSA and valid for the duration of the project.

NSSA was supposed to pay an off-take deposit of $16 million to HCZ.

The money was to be channelled towards the purchase of price of the housing units. NSSA paid this deposit to HCZ. The housing project commenced last year.

However, claiming breach of contract, NSSA in July this year, wrote a letter of demand to Zimnat demanding payment of the $16 million accusing the housing development firm of failing to deliver in terms of the contract.

Zimnat then wrote to HCZ advising them of NSSA’s call on the performance bond.

In responding to NSSA’s demand, HCZ indicated that the call on the guarantee was fraudulent and constituted a false declaration given the fact that in March they had delivered to NSSA, 53 completed.

HCZ also stated that there were several disputes that had been referred to arbitration including termination of the housing off-take agreement between the parties.

But after careful analysis of both parties’ submissions, Justice Muremba noted that dispute had been referred to arbitration, hence she was inclined to grant the relief HCZ sought.

“In the meantime the balance of convenience favours the granting of the interdict as it will ensure that the status quo ante is maintained until the determination is made on the issue.

“Allowing Zimnat to pay on the performance bond has financial consequences to the applicant which will be called on to make good the loss that will be suffered by Zimnat,” she said, adding that HCZ has a well-grounded apprehension of irreparable harm if the interim relief was not granted and the ultimate relief is granted.