Economy: What people lose sleep over 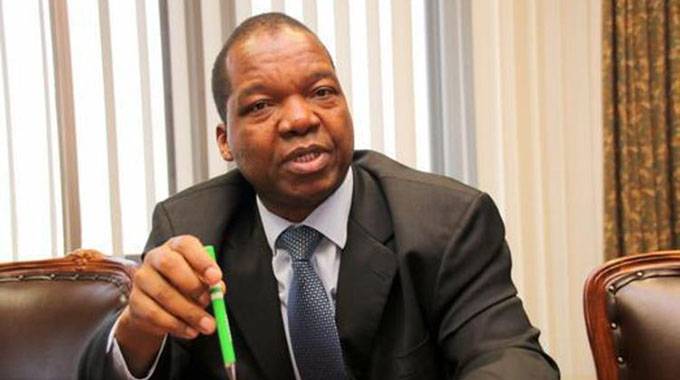 Source: Economy: What people lose sleep over | The Herald October 4, 2018

Tichaona Zindoga Political Editor
The address was not televised. Earlier this week, Reserve Bank of Zimbabwe Governor Dr John Mangudya presented his monetary policy, and in his infinite wisdom, he made sure that the event was not televised, something that is becoming less common in this information age.

It was probably one of the toughest afternoons for Dr Mangudya and his boss — the new Finance Minister Professor Mthuli Ncube.

Zimbabwe is experiencing one of those bad patches that remind us of the worst that the country has gone through.

The spectre of 2008 haunts this southern African country.

In 2008, Zimbabwe broke world records as it reeled under unprecedented hyperinflation that went into sextillions — that is one followed by a whopping 21 zeros.

The inflation condemned the Zimbabwe dollar, in the process wiping out savings and pensions.

Prices skyrocketed and they would literally change every hour.

There was a shortage of basic commodities such as food, fuel, farming inputs and industrial machinery.

There were no medicines in hospitals.

Zimbabweans made a trek out of the country as economic refugees, populating countries in the region and as far afield as Australia and North America.

Zimbabweans could also be found in the strangest of places, even war-torn ones such as Afghanistan and South Sudan.

Even when a period of stability returned, some Zimbabweans chose not to come back and settle.

Home has become, for them, somewhere to cringe at and where things have gone so wrong, leaving torturous, traumatic memories.

And when episodes of uncertainty play out, shock and panic grip the country.

Which happened in the last fortnight.

The value of the local currency — the bond note — and electronic bank balances plummeted precipitously, wiping the value of the currency by around 200 percent, according to street changers.

Already, there had been disparity in pricing regimes, characterised by a three-tier system whereby electronic transfers, notes and hard currencies carried different weights and buying power.

It threatened a conflagration of the economy where shortages, from fuel — where already unscrupulous dealers were making arbitrage through distorting value — to food and foodstuffs.

A darker pall was cast with the outbreak of the cholera pandemic that claimed about 50 lives and was threatening to spread.

Already, prophets of doom were rubbing their hands in glee over the unfolding price increases.

See, in Zimbabwe there is a section of the populace that cheers anything bad that happens to the economy, with the hope that an economic implosion will bring a political fallout.

Yet apart from the political cynicism, there are things that people really lose sleep over.

No one wants a return to the empty shelves, no service and no hospital without medicines.

Just everything that happened that long night of 2008.

So, on Monday Dr Mangudya carried the weight of the nation as he delivered his monetary policy.

He had the extra cat on the back,  having declared in 2016 that the bond note would not go down the Zim-dollar way — and he would resign if that were to come to pass.

He came up with a raft of measures, most of which would interest more economists than ordinary people.

As such, the one policy that has captured the imagination of the ordinary people is the separation of the foreign currency accounts.

If there is now a separate account where one can deposit their foreign currency, are they able to withdraw that money when they need it?

Connected to this, is the central bank not going to raid people’s accounts for foreign currencies?

These are genuine fears.

These fears speak to a situation where there is slimmest confidence in the banking sector in the country.

People would rather stash their money under the pillow—– if they have it, in the first place.

Finance Minister Prof Ncube on Tuesday night told journalists that he would not raid accounts a la 2008.

“Not under my watch”, he said, and they had learnt hard lessons.

“I would not recommend that to anyone to say raid people’s accounts. It is not a good idea, not under my watch if I am allowed to watch over those FCAs as Minister of Finance.”

There is a fatalistic ring to this. Perhaps both Dr Mangudya and Prof Ncube will need a lot of our prayers.

But there are things that simply complicate life for them.

Right in this morning after the presentation of the monetary policy and Prof Ncube’s interventions with some fiscal pronouncements, why are there still money changers at street corners?

Why is there no money in the banks, yet the street corners are awash with money, sometimes crispy, virgin-fresh notes?

Who supplies the money changers with the money?

There is no way money changers continue to flourish without the central bank knowing the source of the money.

It should be really simple to know who is responsible for the contraband notes on the street.

The fear is that there are bigger, darker forces at play.

If so, could there be any hope that the situation will be salvaged?

As we wake up this morning, there will be young men and women on the streets holding wads of currency to change illegally.

EcoCash agents will still be charging premiums. It is as though Monday never happened.

All this means that authorities in the country need to do something and do it fast.