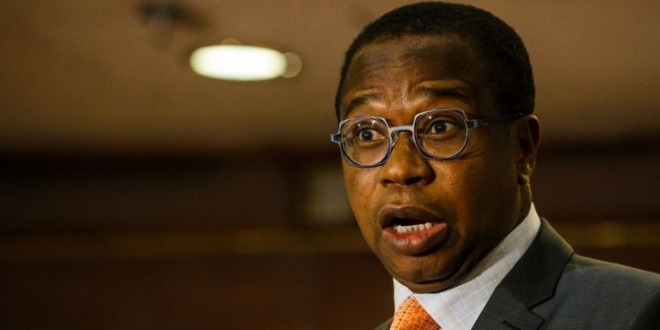 THE High Court has ordered Finance minister Mthuli Ncube to publish details of all loans and guarantees incurred by government from January 2017 to December 1, 2020 with the African Export–Import Bank (Afreximbank) and other international financiers.

The ruling was handed down on Tuesday by Justice Happias Zhou after Harare North legislator Allan Norman Markham and the Community Water Alliance Trust took Ncube, the Reserve Bank of Zimbabwe (RBZ) and Afreximbank to court in September 2019.

The government has signed several loan and guarantee agreements with Afreximbank without disclosing the terms and conditions to Parliament as demanded by section 300 (3) of the Constitution.

By keeping the figures out of the public, government could underreport the country’s true external debt arrears, critics say.

third party international financiers from January to the date of the this judgment by January 30, 2021,” reads part of the ruling dated December 1, 2020.

“The 1st respondent’s failure to publish
the terms of any of the loans and guarantees concluded by the Government of Zimbabwe and or in favour of the 3rd respondent or any other 3rd party International financiers from January 2017 to date, within sixty (60) days of their conclusion, is declared to be a violation of Section 300 (3) if the Constitution of Zimbabwe and Section 18 (2) of the Public Debt Management Act.”

The ruling also comes when government is pushing amendments to the Constitution that seek to make the Executive unaccountable to Parliament on all foreign debts.

Government has been accused of guaranteeing loans from the Afreximbank, in particular, using precious resources such as gold without full disclosures of the nature of the deals.

From all the reported Afreximbank loans in the period of January 2017 to December 1, 2020 the government has borrowed more than US$2 billion from the bank.

Further, from the US$2,23 billion in fresh RBZ debt accumulated between July 2019 and July 2020, 10% is for services rendered to the government and the remaining 10% represents interest on existing debt owed to international financial institutions.

In August, the RBZ accumulated fresh debt of nearly $24,95 billion or US$304,70 million based on the central bank’s economic monthly report for that month.

But, there is no public list indicating where the fresh debt is coming from or which creditors were getting repaid, making it unclear whether the RBZ and government are indeed controlling or honouring debt obligations.

“I think I would feel the same way as Ncube…scratching his head thinking “how am I possibly going to keep this under wraps now”? No doubt there will be an appeal,” MDC Alliance treasury general, David Coltart tweeted.