Source: We are not political — Masvingo NGO – NewsDay Zimbabwe 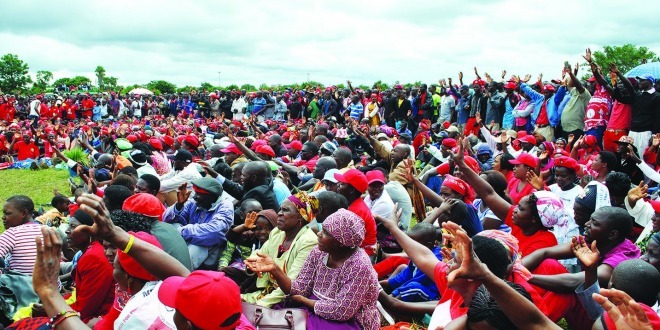 A Masvingo-based civic organisation yesterday accused government of lying to justify a proposed new law to clampdown on operations of non-governmental organisations.

Community Tolerance for Reconciliation and Development (Cotrad) was responding to government’s allegations that it funded a provincial congress for the main opposition party, the Nelson Chamisa-led MDC Alliance, at the weekend.

Yesterday, state media alleged that Cotrad secured funding from the American Embassy to sponsor the MDC Alliance Masvingo congress at the party’s provincial offices in Rhodene at the weekend.

But Cotrad, which was once suspended in March last year by the government before the High Court overturned the ban, denied the allegations claiming that they were wading into politics.

“Those (allegations that we funded the MDC Alliance congress) are also lies and propaganda,” Zivanai Muzorodzi, Cotrad programmes manager said.

“They (government) said we paid for a venue when the congress was held at the MDC Alliance party offices. We are apolitical. That is a spin by the government to find a way to smuggle the NGO Bill into the operating spaces of voluntary organisations.”

The congress was aborted after riot police stormed the venue and threw teargas in the low density suburb, affecting other residents who live near the party offices.

In October this year, while giving a State of the Nation (SONA) address, President Emmerson Mnangagwa tasked Parliament to fast track the Private Voluntary Amendment Bill which would give the State powers to control, monitor and supervise activities of NGOs, accusing them of dabbling in politics.

Muzorodzi claimed Cotrad has been a target of the government for its reconciliation work in communities, yet it was actually complimenting the State.

“It only takes someone who has been following events to understand where all this is coming from.

“Our director, Gamuchirai Mukura was arrested last year while coming from a workshop in Maldives and charged with treason, spending over 40 days at Chikurubi Maximum Secutiry Prison before being acquitted. The charges were cooked up.

“In February 2013, I was arrested in connection with the voter registration exercise that we were undertaking. Police officers besieged the Cotrad office looking for receipts of registered voters as they alleged that our organisation was assisting young people to register to vote such that they can participate in the elections.

“In 2016, one of our officials, Brighton Ramusi, was also arrested on trumped up charges. So you see that this is an attempt to destroy our organisation by people who feel threatened by our activities, which are purely bent on assisting people,” Muzorodzi said.Currently, Cotrad assists more than 5 000 people in Masvingo. The US embassy has been on record denying interference in the country’s internal politics.