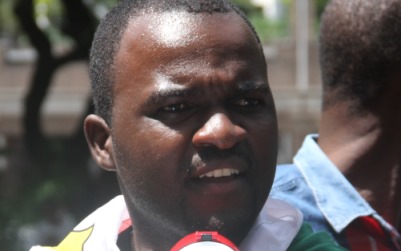 Dzamara and his alleged accomplice Haruzivishe were sentenced to 12
months’ imprisonment by Harare magistrate Josephine Sande in 2017 before
three months were suspended on condition of good behaviour.

The remaining nine months were set aside on condition they perform 315
hours of community service at Harare Magistrates’ Courts but Dzamara
contends the magistrate erred when she handed down that sentence.

Yesterday, appeal court judges at the High Court formally overturned the
serious conviction against them, saying they had suffered a miscarriage of
justice after the trial magistrate erred.

“The context of the whole case points towards a political motive behind
the arrest of …Dzamara and …Haruziviishe and that the court could not
turn a blind eye to that aspect,” Hungwe ruled.

“The police wanted Dzamara and crew out of the Africa Unity Square at all
costs or by hook or crook and this was not a bona fide arrest.”

The court also noted that when this incident occurred, the police were
trying to arrest Dzamara and crew for an alleged robbery but the State
never proceeded to charge them with the said robbery.

The alleged victims of robbery disappeared from the scene immediately
after the arrest of Dzamara and Haruzivishe, hence the High Court could
not ignore Dzamara’s version that these were trumped up and
politically-motivated charges.

Allegations of the case were that … on June 9, 2016 around midnight the
two complainants disembarked from a commuter omnibus at Fourth Street bus
terminus.

They reportedly passed through Africa Unity Square on their way to
Copacabana bus terminus to get transport to Mufakose.

Dzamara and his accomplices then allegedly confronted the complainants and
snatched their handbags before searching them.

The other complainant lost three school jerseys and one floral dress. The
complainants screamed for help and three police officers who were on duty
near Parliament rushed to the scene.

Dzamara and Haruzivishe were alleged to have resisted arrest and took away
constable Nhidza’s cap and baton.

They were later arrested and police allegedly recovered the stolen
property valued $80.