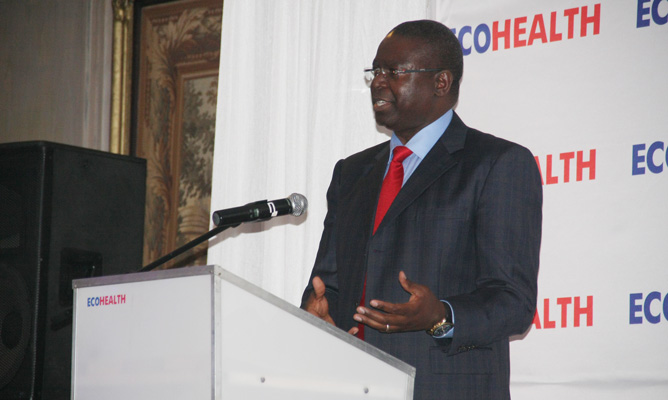 ECONET Wireless Private Limited yesterday got relief from the High Court, which suspended a “warrant of search and seizure” of their premises by the Zimbabwe Republic Police (ZRP) over alleged impropriety.

The ZRP had a warrant of search and seizure of Econet’s premises granted by Harare provincial magistrate Richard Ramaboa to obtain information regarding the telecommunications firm’s 11 405 557 mobile subscribers over alleged impropriety.

However, Econet on Monday filed an urgent application, which was granted yesterday.

“I can confirm that High Court judge Justice Edith Mushore granted an interim order sought by Econet that basically suspended the warrant of search and seizure. The judgment was handed down in closed chambers, so the written judgment is yet to be given to the parties involved,” a source close to the matter told NewsDay.

“Econet had sought a stay of execution order against a warrant issued by the provincial magistrate that would have violated the privacy of the firm’s clients. How can they demand to see the over 11 million subscribers of Econet? That was a clear breach of privacy laws.”

Econet lawyers declined to comment despite promising to do so before going to print.

Econet spokesperson Fungai Mandiveyi confirmed the company was aware of the ruling, but said he could not comment because they had not yet seen the written judgment.

The telco stands accused of creating fictitious digital money to buy foreign currency from the parallel forex market.
The authorities allege that during the period January 1 to June 30, 2020, Econet and its “subsidiaries” created ghost individual subscribers, merchant billers and agents, crediting them huge amounts of money to be distributed to runners through trust accounts.

The runners are then alleged to have used the money in the trust accounts to buy foreign currency from the parallel forex market.

But the premise of the warrant of search and seizure was faulty as the Econet subsidiaries being referred to by the police, Cassava Smartech Zimbabwe Limited (CSZL), is a sister company and not a subsidiary.

CSZL is the holding company of the country’s largest mobile money provider, EcoCash, whose users exceed 10 million and represents the financial technology arm of Econet after the latter was unbundled in late 2018.