THE HIGH Court will on Friday 1 March 2019 hear a bail application filed by Crisis in Zimbabwe Coalition (CiZC) Board Chairperson and Heal Zimbabwe Trust (HZT) Executive Director Rashid Mahiya seeking an order for his release from prison after he was charged and detained on charges of plotting to overthrow President Emmerson Mnangagwa’s government. 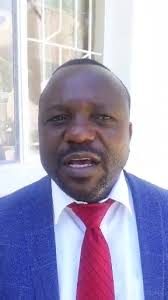 Mahiya’s lawyer, Tonderai Bhatasara of Zimbabwe Lawyers for Human Rights, filed the bail application on Wednesday 27 February 2019 at the High Court after Harare Magistrate Rumbidzai Mugwagwa
remanded him in custody to Tuesday 12 March 2019 after he appeared in court facing charges of
subverting a constitutional government as defined in section 22(2)(a)(i) of the Criminal Law (Codification and Reform) Act.

According to the State, Mahiya allegedly connived with some unidentified accomplices who are reportedly on the run and convened a meeting at Wild Geese Conference Centre in Pomona suburb in Harare for members of CiZC and HZT between 3 December 2018 to 6 December 2018. During the meeting, prosecutors alleged that Mahiya incited participants including some from Interpeace, a peacebuilding organisation headquartered in Europe, and the general populace of Zimbabwe, to subvert a constitutional government by urging all Zimbabweans to engage in acts of civil disobedience, passive resistance to law, public violence, hooliganism and rampant looting across the country.

Prosecutors claimed that as a result of Mahiya’s undisclosed utterances during the meeting held at Wild
Geese Conference Centre and also those of his unidentified accomplices, members of the public engaged
in acts of violence, wanton destruction of both government and private property and carried out rampant looting from shops across the country from Monday 14 January 2019 up to Wednesday 16 January 2019 during anti-government protests held in Zimbabwe.

In his bail application, Mahiya, whose relatives including his 64-year-old mother and young brother
Douglas were harassed and assaulted on Friday 18 January 2019 by some unidentified assailants who
were after him, argued that HZT jointly convened a workshop from 3 December 2018 to 6 December 2018 with Interpeace, an international organisation, to exchange ideas and help foster sustainable peace and development in Zimbabwe together with other actors including government authorities.

As joint convenor, Mahiya said his role was to give opening remarks and closing remarks during the
meeting held in December with Interpeace, whose representatives also met some government officials
dealing with peace issues during their stay in Zimbabwe.