Zim in dire need of a new health strategy 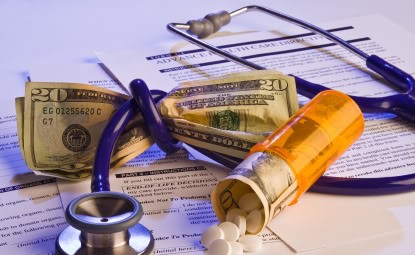 In this paper we look at a number of issues including the challenges
Zimbabwe has experienced post 2000. These are reduced healthcare
investment, escalating healthcare costs and poor service delivery. In
short the great gains in health delivery since independence have been
lost.

The neglect in healthcare delivery over the past 20 years is evident.

Under these circumstances, it is important to subscribe to the need to
protect the poor and disadvantaged groups from the negative effects of
health care inaccessibility. We further argue that the existing structure,
conduct and performance of our health delivery system together with
existing economic circumstances have made it difficult to protect
vulnerable groups.

Even those members on medical aid and insurance schemes are not getting
the full value and benefit from their contributions thus eroding
confidence in healthcare. Restructuring of healthcare delivery is long
overdue.

Zimbabwe’s population is currently estimated at 16.2 million. Of this less
than 2 million have access to private healthcare. Fourteen million have to
access healthcare through the public facilities.

There is a problem with access as the tax base from which financial
resources come continues to shrink.

The recently introduced 2 percent tax on mobile money transactions will
make a difference. Our health system is 70 percent public owned with the
balance of 30 percent is private.

With 90 percent of public healthcare institutions without essential
medicines and consumables in stock patients must rely on private
pharmacies whose pricing is excessive. This has compounded healthcare
delivery.

Pricing in a black market-driven environment has made it difficult to
price medical drugs at replacement value. Government has a significant
role because of its direct influence over allocation and utilisation of
financial resources.

There are opportunities to widen healthcare through already existing
interventionist policies which are already making it possible for the
presently marginalised to access healthcare.  A health levy fund (part
NHIS) is dependent on funds mobilisation and a wider tax base.

The National Health Insurance Scheme (NHIS) is a financing vehicle to
enable marginalised members of society to access health delivery services.
It is not about taking the route other countries have followed but having
systems and structures that ensure the poor access healthcare but rather
even employing components of it.

The promoter is usually government. Presently the modus operandi is still
under scrutiny but expected to be operational in future. This could be
funded through various initiatives as is the case with our National Aid s
levy and 2 percent mobile money tax. The real challenge is when economic
activity is not scaled up as government needs a wider tax base to generate
the funding.

Whether NHIS would establish a transitional fund to purchase primary
healthcare services from certified public and private providers or would
abolish user fees in public hospitals remains to be seen.

Health reforms are necessary from a funding perspective to ensure health
accessibility by all.

Recent reports indicate that government collected US$18 million since
February 2017 to December 2017 from $0.05 levied on mobile users per every
dollar of airtime. The health fund levy was targeted towards drugs and
equipment and operationalised since the 2016 National budget.

In November 2018 government increased the intermediated financial
transactions tax from USD 0.05 per transaction to USD 0.02 for every
dollar transacted. According to the Zimbabwe Revenue Authority (Zimra)’s
2018 annual revenue performance report, a total $177 266, 319.04 was
collected between October and December 2018. If these receipts are
directed towards healthcare it is possible medicines and drug supplies
will improve for the benefit of all.

This initiative is a brilliant masterstroke given obtaining circumstances.
The Aids Levy revenue taxed on formally employed people has been affected
due to job losses making it difficult for government to fully finance
health resulting in more reliance on development partners. In 2017
development partners have disbursed US$279 Million against government’s
US$249 Million.

Health is increasingly being recognised as a driver of human and economic
development. African countries are increasing investments and reforms to
improve health outcomes.

While some rich countries are finding it increasingly difficult to keep up
with rising healthcare costs owing to the global economic challenges they
have not reduced health allocations. According to the World Health
Organisation the average total health expenditure in African countries
stood at US$135 per capita in 2010 which is a small fraction of
US$3 150 spent on health in an average high-income country.

Zimbabwe had the lowest allocation of approximately 8.3 percent of the
total budget to health within the region, a ratio way below the stipulated
15 percent. In 2017 allocation to health was just 6.9 percent.

It is, however, encouraging that the 2017/18 averaged budget is
approximately 9 percent.

In most countries healthcare systems fail not because of limited financial
resources but rather their allocation. The biggest weakness is the
oversight of this key area at the expense of other non-essential and
undeserving areas. This negatively affects national health delivery.

A look at how healthcare is being handled in other countries is important.
South Africa allocates about 14 percent  to health as a share of total
government expenditures versus 11 percent and below by most African
countries. Zimbabwe has over the past 3 years allocated an average of 8
percent annually of the national budget to health. This means that in
simple ratio terms South Africa allocates double to health compared to
Zimbabwe.

South Africa has 83 private medical aid schemes that fund healthcare for
about 16 percent of their population. The schemes cover formal sector
workers and in some cases, their dependents. The remaining 84 percent of
the population relies on tax-funded health services and include the
informal sector employees, unemployed or the poor and disadvantaged.
Countries that have increased their budget allocations to health over the
years have recorded improved health statistics and outcomes. We should not
be left behind.

Globally, health expenditure per capita has been rising. Zimbabwe appears
to be moving in the opposite direction. 98 percent of drugs and medicines
used in public health centres are donor funded.

In the midst of these challenges the Health ministry must think outside
the box. It is not just about resources but how these resources are
allocated and utilised. This demands a thorough review of existing systems
and responsibilities including health management and administration.

Zimbabwe has a low doctor and nurse to patient ratio but has many
unemployed nurses and doctors including other critical medical personnel.
At 1.6 doctors and 7 nurses and midwives per 10 000 people against a
recommended 1: 600. The Institute of Health Metrics and Evaluation put
Zimbabwe’s maternal mortality ratio in 1990 at 185.8 deaths per 100,000
live births, rising to 840.9 in 2003 and then dipping to 520.7 in 2013
with recent estimates at 614.

Further Zimbabwe’s per capita allocation of US$24.34 is significantly
lower than its regional peers whose average is US$146.29. This is lower
than World Health Organisation target of US$34.

We must craft a healthcare policy framework that places health at the
centre of our national economic development plan. Beyond that, we must
create awareness and proactive measures focusing on personal health.
Improving the quality and effectiveness of primary healthcare would combat
secondary and tertiary healthcare related complications which will have a
positive effect on healthcare delivery in general.

Options that give sustainable solutions even in the face of competing
priorities are needed.

First, we must pay more attention to detail about our current situation.
The sector has since year 2000 faced high personnel turnover fuelled by
poor salaries and conditions of services for doctors, nurses and other
health personnel. Zimbabwe is failing to employ its own trained doctors,
nurses and other health skills in both its private and public
institutions.

There is need for a collective dialogue that should be engaged to create
meaningful and productive opportunities for the health sector.

Employment costs take 85 percent of the allocated budget. The ratio has
not changed and leaves very little for other critical expenditure lines.

Effective healthcare regulatory bodies supported by strong governance
frameworks are important. We advocate strong systems which consolidate
healthcare delivery and are capable of identifying and rectifying
variances and deviations.  Obadiah Moyo the new minister of Health has an
immediate task to revamp and streamline the current regulatory framework
and systems.

Second the issue of allocation and utilisation is important. The previous
minister in 2017 requested at least US$1 billion towards health. It was
justified. To fix the healthcare problem there is more to the toolkit than
just financial resources.

Focus should not just be on hospitals, pharmacies and related
infrastructure but also accommodation for doctors and nurses in out laying
areas to make them more habitable.

Worsening indices of health status in Zimbabwe demand a new strategy on
the way our health system is organised and how this system will address
the complex causal pathways that lie beyond the health sector. The
structural changes being advocated are not confined to government and
public sector alone but just that government is a key player in
determining success. Alongside are the private sector and development
partners in their value adding roles.

Private companies must change course and reconsider their healthcare
models in the interest of cutting costs and creating both value and
quality. At national level, health must be seen as the foundation of
national development. While government recognises this the major concern
is with implementation which is lagging behind. The National Health
Strategy needs a revisit.