Remarkable progress has been made in the upgrading of the Harare-Beitbridge highway by local companies with the entire 274km stretch under Masvingo province expected to be completed by the end of next year as President Mnangagwa’s administration continues to fulfil its election promises.

The Second Republic undertook to embark on infrastructural development as one of the key enablers to spur socio-economic growth towards Vision 2030 with rehabilitation and upgrading of the Harare-Beitbridge highway top of the priority list.

Five local firms namely Tensor Systems, Fossil, Exodus and Company, Masimba Construction and Bitumen World are rehabilitating the highway in a show of confidence for local expertise by the Second Republic under President Mnangagwa.

Masimba Construction, Exodus and Company and Bitumen World are jointly working on the 274km stretch under Masvingo province that stretches from Bubi River to the south and Shashe River to the north and this has created 800 jobs for locals.

This emerged yesterday during a stop-over tour of the highway near Gokomere Mission by Zanu PF Second Secretary Cde Kembo Mohadi, who wanted to familiarise with ongoing developments. 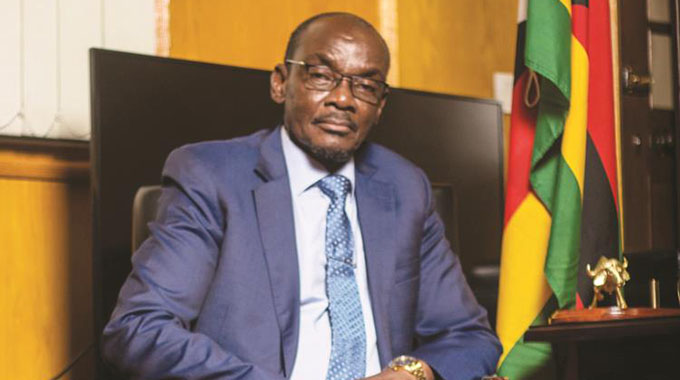 In a briefing, Engineer Finale Mapurisa said 102km of upgraded road had been opened to traffic in the province.

“All things being, equal we expect to have completed and opened to traffic, 180km out of 274km that are under Masvingo province by the end of the first quarter (March) next year,” he said.

“We expect that the entire 274km from Bubi and Shashe rivers will have been completed by December next year that is if all things are equal.”

The three contractors were all now working on the third phase with each phase covering 20km.

Engineer Mapurisa said the speed at which contractors were moving was determined by the terrain in which they were operating explaining why some contractors were ahead of others in doing the work.

Cde Mohadi said the ruling party was happy with progress made to date on the highway saying rehabilitation of the Chirundu-Harare-Beitbridge road was key as it was a major trade route for Zimbabwe and the central African regional hinterland.

“We are very happy with the work that is being done as Zanu PF especially considering that we are using local companies which is going a long way in creating employment for our people.

“The work that is being done along this highway is clear testimony that as Zanu PF, we are fulfilling our election promises.

“We promised to rehabilitate the highway and we are doing it. I always use this highway and I can say the progress is pleasing and the contractors are doing a good job,” said Cde Mohadi.

“We used to have some people like (MDC Alliance Vice President Tendai) Biti who were asking a lot of questions about this highway and in response I challenged them to drive through the highway and upon returning they will have nothing more to say,” added Cde Mohadi.

Masimba Construction site manager Mr Malvin Munemo said it was his firm’s policy to recruit locals wherever they were working on the highway adding that of their 516 employees, 277 were locals while the rest being skilled personnel.

President Mnangagwa’s administration cancelled a contract that had been awarded to Austrian firm Geiger International to rehabilitate the Harare-Beitbridge highway after the company failed to prove it had financial wherewithal to complete the works.

About $20 billion has so far been ploughed into the Harare-Beitbridge highway rehabilitation project.