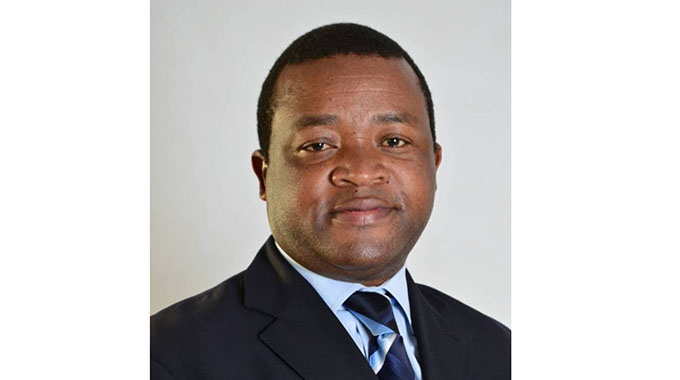 Elliot Ziwira Senior Writer
Zimbabwe requires proactive leadership to keep problems at bay, instead of reacting to them, Republican Party of Zimbabwe (RPZ) leader Mr Kwanele Hlabangana has said. Mr Hlabangana, who is one of the 23 presidential aspirants in the July 30 harmonised elections, holds that national leadership encompasses effective governance and administration skills complemented by efficient teamwork.

“The Presidency is not about solving problems; it encompasses the general administration and good governance of a country,” he said. “Problems are a result of inefficiencies of an administration compounded by the composition of the team one would have chosen to work with.

“The choices that a President makes in terms of choosing his lieutenants will determine his success or failure.”
The 46-year-old presidential hopeful is an entrepreneur, international negotiator and co-founder and trustee of the UNISA-Africa Girl Development Programme (UNISA-AGDP).

He said his party had an expansive focus economically and socially.
“Our vision takes into cognisance key issues that include supporting the informal sector, fostering industrialisation and value addition of natural resources,” said Mr Hlabangana.

“We also seek to eliminate social ills like corruption and discrimination along partisan, ethnical and gender lines, to create a conducive environment for businesses, youths and women; promote infrastructural development and improve the delivery of social welfare services to cater for vulnerable groups in need, so as to nurture and develop the rural economy, among others.”
Mr Hlabangana expressed optimism that he would win the ticket to State House, as he was freely taking his message across the country.

“As RPZ, we have been able to make ourselves known in the 10 provinces of Zimbabwe and to other Zimbabweans in the Diaspora,” he said.

“RPZ is as big as the country’s population, who may or may not be registered to vote. The whole country knows about us and that is how big we are.

“Moreso, as a party we celebrate the existence of peace ever since the party was formed in 2017.”
Mr Hlabangana bemoaned lack of financial muscle to field as many National Assembly and local authority candidates as they would have wanted for the July 30 elections; a situation that he blamed on the Constitution.

“Our biggest challenge as a party is lack of adequate finance for campaigning,” he said. “We did not field candidates in all constituencies because of financial limitations.

“As you may be aware, our Constitution only allows funding for the so-called big parties and does not permit foreign funding and that is basically crippling the ability of new players on the political arena.”

A signatory to the peace pledge of June 26, the RPZ president declared that his party was committed to the fight against political violence.

“RPZ is a peaceful party, as such we resolutely condemn any form of violence for whatever supposed benefit to the perpetrators,” he said.

“Zimbabwe is for Zimbabweans and any party leader, who presides over an organisation which encourages violent behaviour risks rejection by the electorate. It is the right of every Zimbabwean to express their constitutional right in leadership selection.

“I renounce violence and I am, therefore, determined not to support any kind of violence. I am also determined to work for the removal of all causes of violence.”