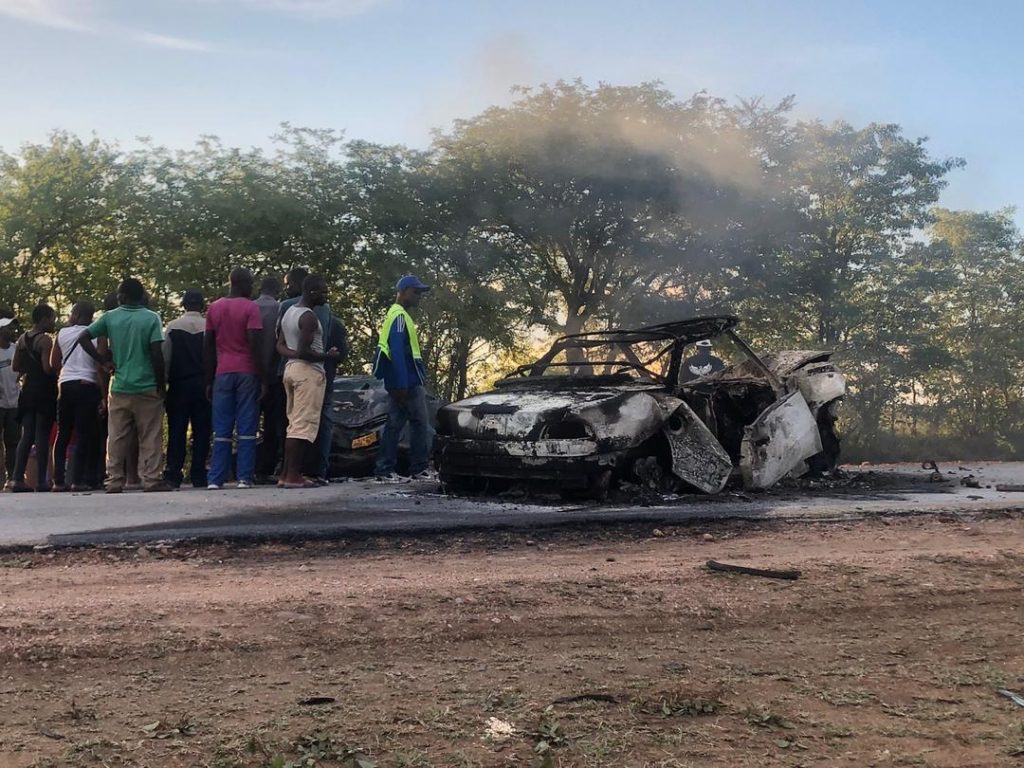 EIGHTEEN people died in road accidents that occurred on Christmas holiday this year compared to 17 deaths which were recorded in the same period last year, the police have confirmed.

The police recorded a total of 147 Christmas holidays road accidents this year compared to 276 recorded in the same period last year.

“From the 147 accidents recorded, 18 people lost their lives while 73 were injured.

According to the police, most of the accidents were caused by speeding.

“Most of the road accidents were caused by speeding, following too close to another motorist and reverse errors,” he said. Nyathi urged motorists to drive cautiously to save people’s lives and to always abide by Covid-19 regulations.

“We are concerned with the lack of care on the part of kombi drivers.

“The kombis continue to break the law by ferrying passengers around cities and towns.

“They (kombis) tend to cram passengers in their vehicles where ventilation is poor as the majority of them have replaced their windows with cardboard boxes and chip boards.

“Covid-19 is not yet over and we urge passengers to be responsible as well,” Nyathi said.

The police have embarked on an exercise to impound the illegal kombis.

“We have started impounding the kombis which are causing chaos on the roads and putting people’s lives at risk.

“The operation shall continue until we achieve sanity,” Nyathi said.