Boost for Victoria Falls as Zambezi fills up

Source: Boost for Victoria Falls as Zambezi fills up – DailyNews 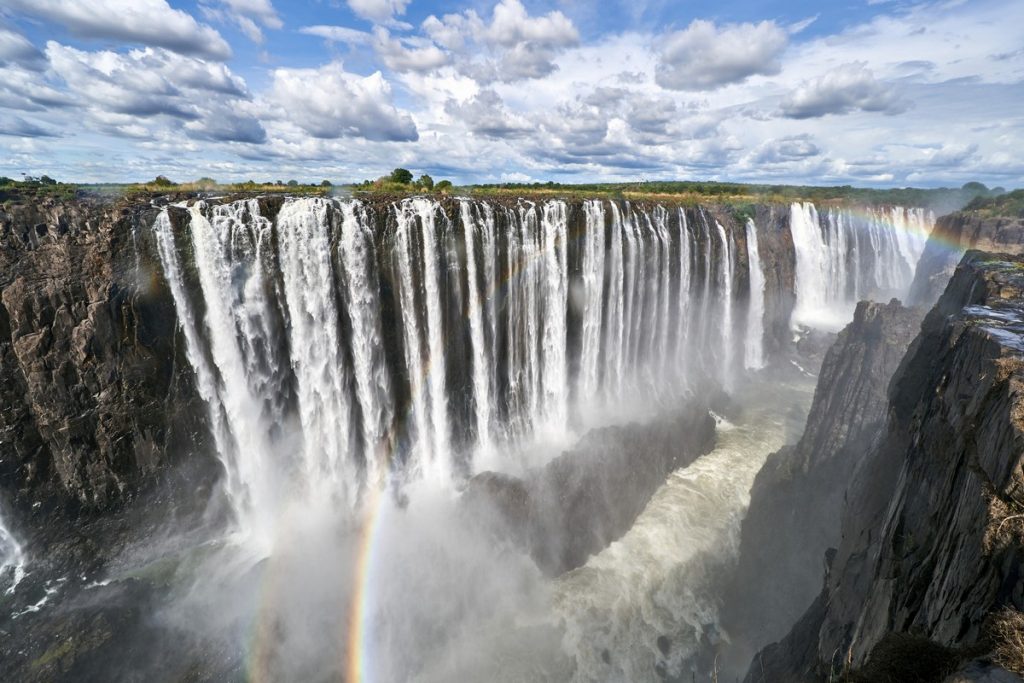 ZAMBEZI river flows at Victoria Falls have been increasing steadily due to local rainfall activity, a situation that could further excite both international and domestic tourists.

The increase in the Zambezi River flow looks set to bring back the plumes of mist that hover around the waterfall as it roars. This usually attracts a huge number of domestic and international tourists to Victoria Falls.

Zambezi River Authority (ZRA) at the weekend said the Zambezi River has been recording steady inflows. “Flows at Victoria Falls increased steadily, closing the period under review at 513 percent cubic metres per second on December 22.

“The flow recorded on the same date last year was lower at 302 cubic meters,” ZRA said.

In line with the seasonal forecast released by the Twenty-Fourth Annual Southern Africa Regional Climate Outlook Forum (SARCOF-24) in August, ZRA said the Kariba catchment area is poised to receive normal to above normal rainfall this year and the first quarter of 2021.

Though there is limited travel around the globe due to the novel Covid-19 pandemic, the increase in flow comes as a positive spur for domestic tourism in the country.

Apart from Victoria Falls, ZRA also recorded an upward trend in water levels for Kariba dam. “The Lake levels, which should generally be decreasing at this time of the year, has recorded a steady rise due to increased rainfall activity on and around the Lake, leading to a lake level of 478.31 meters,” ZRA further said.

Though water levels show an upward trend, ZRA would maintain the current water allocation for power generation operations at Kariba for the year 2021.

ZRA is a bi-national organisation mandated to harness and manage the waters of the stretch of the Zambezi River that forms a common border between Zambia and Zimbabwe for socio-economic development.