Home Affairs in court after official tears up child’s passport

The Department of Home Affairs is once more embroiled in a legal battle – this time for declaring a visa application by a Zimbabwean child fraudulent and banning him from returning to SA for five years. 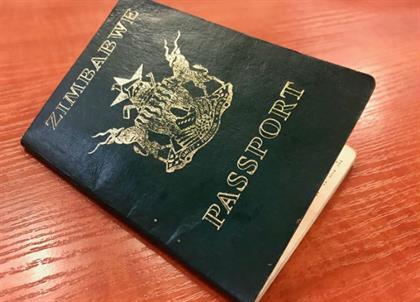 The Department of Home Affairs is once more embroiled in a legal battle.

On September 21, court papers were filed in an application lodged against the minister and the director general (DG) for declaring a visa application by a Zimbabwean child fraudulent and banning him from returning to SA for five years, GroundUp reported.

As a result of the department’s action, Wadzanai Bello has been separated from her 16-year-old son, Tinashe Bello, since March. He has missed a year of schooling.

She says it has caused her much pain. Her only contact with her son is by telephone twice a week.

Bello is being represented by the Legal Resources Centre. In her founding affidavit in the court case, she states that Tinashe has been at Zonnebloem Nest High School since 2015.

In February, he was selected to go to Germany to represent his school in a soccer tournament. But for Tinashe to leave and re-enter South Africa, the German embassy insisted he get a study visa, not the visitor’s visa which Bello initially applied for at the Visa Facilitation Centre (VFS) in Cape Town.

On the advice of the VFS, Bello sent Tinashe to Zimbabwe to apply for the study visa because an application can only be made outside of South Africa.

Since she could not accompany her son because she was working in Cape Town, she relied on the assistance of her extended family in Zimbabwe and a South African family that helped with supporting documents and money to enable Tinashe to apply for the visa.

In May, at the last of several frustrating appointments that Tinashe and his family attended at the South African Embassy in Harare, where a different document was rejected each time, he was suddenly informed that his application was “a scam”.

In her affidavit, Bello says the South African Home Affairs official then tore up Tinashe’s passport and threw it away. Tinashe was informed that he was banned from returning to South Africa for five years.

Bello said in the affidavit that the DG’s dismissal of the visa application as fraudulent was substantively and procedurally unfair.

Also, although it is still unclear whether Tinashe was in fact declared a prohibited person, Bello’s affidavit says a fraudulent application is not a listed ground in terms of Section 29 of the Immigration Act to make such a declaration, and the DG exceeded his powers because he did not have the necessary standing to declare a person a prohibited foreigner outside the ambit of the act.

Tinashe was in possession of a valid passport and the information that was provided was correct, according to Bello’s affidavit. If there is any suspicion about the authenticity of the documents, there are other means available to the DG to verify the information.

GroundUp has been trying to get comment from the Department of Home Affairs for a week.