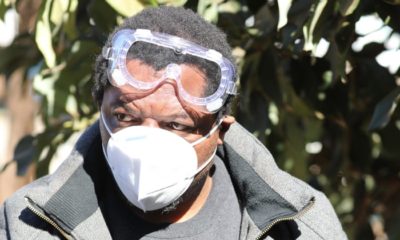 Investigative journalist Hopewell Chin’ono has shed light on the deplorable conditions and treatment he had to endure in prison.

Chinóno says that the broken down prison services are a reflection of the bad state of our country plagued by corruption, the looting and plundering of national resources.

According to the self-styled corruption buster his unlawful incarceration was done by the state to send a message to other journalists that they will suffer the same fate if they report on government corruption.

Chinóno urged journalists to remain resolute in the fight against corruption arguing that duplicity does not only affect the current generation but future generations to come.