How African countries can cut cost of bandwidth 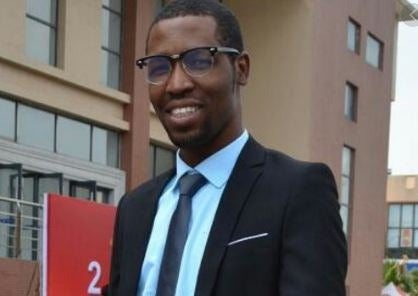 All over the world, the internet has provided extraordinary socioeconomic opportunities to businesses, governments, and individuals. But less developed countries still face numerous obstacles to maximise its potential. The problems range from obsolete infrastructure, the nonavailability, non-accessibility, cost, power fluctuations, policies and regulation.
Many countries on the continent still have bandwidth as low as 64 kilobits. This is in contrast to the 270 000 megabits per second in the US. Data also shows that downloading a 5GB movie took 734 minutes in the Republic of Congo, 788 minutes in Sao Tome, 850 minutes in Ethiopia, 965 minutes in Niger and 1 342 minutes in Equatorial Guinea. Singapore is the fastest, taking about 11 minutes and 8 seconds to download a typical 5GB high-definition movie.

In certain situations, bandwidths for the entire country is less than what is available to an individual residential subscriber in the United States of America.

Similarly, African countries are listed among those with the lowest internet speed yet with the most expensive communication and internet cost in the world.

Africa is on record to have had the fastest growing mobile telecommunication market over the years. But the continent still has the lowest mobile penetration. And developments in Africa’s telecommunications sector happen in cities and urban centres.

Service providers argue that it’s not economically feasible to roll out a network to cover an entire country.

But various advanced technologies are emerging to reduce the cost of internet provision and to increase accessibility. They also offer the possibility of developing communication networks in a way that does less harm to the environment.

The approach is called resource virtualisation, where multiple telecommunication services can be provided by less physical infrastructure.

Since the chunk of the cost transferred to the end-user comes from the cost of power and infrastructural management, this approach can reduce the operational cost, improve accessibility and cut the cost to the end user.

Like every architectural work, telecommunication masts must meet specific constructional requirements, including choice of location and risk analysis.

But unregulated construction is typical in many parts of Africa. Even where regulatory bodies exist, many media and communication masts are sited within very short distances and hilly grounds in big cities.

This is true in Ghana too where in an urban environment it’s possible to see 10 masts within close proximity to one another.

This does not necessarily guarantee quality service. In addition, it poses a severe environmental and physical risk.

Masts are also expensive to put up.

It stands to reason, therefore, that having fewer masts, hence using less energy and doing less damage to the environment would be the optimal way forward.

I have been involved in developing a framework along with other colleagues that can help policymakers demarcate, and zone major cities — or the whole country into zones. Each zone takes only one mast, owned by an infrastructure provider and shared by multiple service providers.

I focused on telecommunications, but the principle can be applied to TV and radio signal towers too.

My proposal involves a three-level architecture that includes a provider who owns and manages the infrastructure.

At the upper level is a Cloud-RAN macro-base station. A provider like the State regulator, can own and manage the data from the base station.

The macro base station is responsible for managing the system’s energy, bandwidth allocation, and flow management, including the handover in intra and inter mast zones.

At the middle level, service providers focus on providing tailored and quality of service to their users. The service providers will not have to spend their resources on managing the infrastructure they only have to deal with how to satisfy users.

The user on the third level has to only deal with the service providers.

This framework will bring an end to uncontrolled mast deployment seen in many African countries.

It would allow for power and bandwidth sharing among multiple service providers and would reduce the need for multiple masts. Traffic would be scheduled over limited masts or access points that reduce the system energy consumption and improve efficiency. The general impact on the environment would also be reduced.

Service providers could then focus on end-users and not on infrastructure.