How bond notes remind me of street scams

Plot Mhako grew up on the mean streets of Glen-Norah and Glen-View and is familiar with a street scam or two. He makes a compelling analysis of bond notes – Zimbabwe’s surrogate currency.

Source: How bond notes remind me of street scams – ilizwi263

Plot Mhako grew up on the mean streets of Glen-Norah and Glen-View and is familiar with a street scam or two. He makes a compelling analysis of bond notes – Zimbabwe’s surrogate currency. 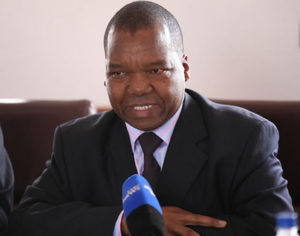 This is my ghetto mind trying to understand what happened over the subject of bond notes and United States dollars.

There was a time when a group of con artists would roam the streets of Harare with a set of tricks to hoodwink you into believing you had picked up money or had the potential to make quick money in a matter of minutes but, in reality, they would strip you of every penny you had. They used many methods, all of them well thought and at most very convincing.

The most notorious one was “Chadonha” (You dropped something). What would happen is someone would drop a khaki envelop and another one picks it up right in front of you. They would tell you that this must be money and since you also saw the act you must accompany them to a secluded place to count and share the spoils but they would request you to put whatever money you had in another khaki envelop “for safe keeping” and to avoid mixing the two. After counting you would get your ‘swapped’ envelop and the one with the money they picked up and part ways. Only after you open both that’s when you realise you had lost all the money to a con artist.

Kubasa (The Job). I was once a nearly victim of this one. You meet a neatly dressed guy on the streets and they tell you that they are looking for some contract workers to do a quick job. The job can be packing clothes to anything else that sounds believable. The money offered and the pitch are often too compelling to let go. Then they take you to the job place. There they tell you all employees keep away their money for security reasons. They give you a brown envelop and you are told to wait for your work suit and the next thing you realise you have been robbed.

Are we victims of a Reserve Bank scam? 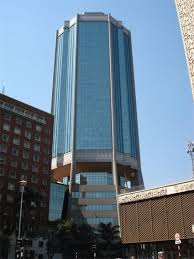 While the above can be circumstantially different to the bond notes, they share a lot in common on technique and rationale.
The notes were introduced primarily as an “export incentive” and also to ease the way of doing business. This was against sound economic advice. We were told the bond notes were  the same value as the United States dollar. The money would be put together in our Foreign Currency Accounts (FCAs) but still maintain same value. Both the USD and the bond notes vanished but the numbers in our bank accounts remained. Now, two years later, we are told that the rate is no longer the same and the two can’t mix anymore. I am tempted to believe that the street con artists finally got jobs at the grain silo-shaped building on Samora Machel Avenue