How government meddling is undermining NSSA 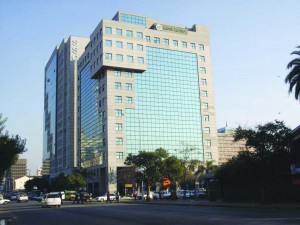 NSSA, which was created through an Act of Parliament, is under the purview of the Ministry of Social Welfare which turn is responsible for the appointment of NSSA’s board chairperson.

OVER a week ago, the Labour and Public Service Minister Petronella Kagonye fired the National Social Security Authority chairman Robin Vela, which then appointed as an independent non-executive director to an investee company a figure closely related to the new Emmerson Mnangagwa administration.

The appointment of Neville Mutsvangwa, a son of presidential adviser Christopher Mutsvangwa, by general manager Elizabeth Chitiga — who herself was dismissed from her position last Friday — as a board member at Ariston serving NSSA’s interest, has Kagonye’s fingerprints all over it.

Mutsvangwa has little to no experience in the running of a private company, more so a listed entity. His resume shows that he was once employed at Anjin as a marketing officer a few years ago, possibly marking the beginning of his professional career. That Anjin was a military controlled diamond mining company tells us nothing about his professional capabilities.

After a government forced shutdown of Anjin, along with other diamond miners in the controversy-stained Chiadzwa fields in 2016, he was appointed as a non-executive director at the Zimbabwe National Parks and Wildlife Management Authority, a parastatal whose board was recently dissolved for gross abuse of funds. That the younger Mutsvangwa’s corporate experience is limited to government-controlled entities shows the limits of his expertise.
It could be as far as his career highlights will go.

This is just one of the few questionable decisions being foistered on the pension fund, which manages over $1 billion worth of assets, by the administration of the day. The impact of these decisions is often felt indirectly through underperforming investments and operations volatility as due process is sacrificed for political expediency. But the executive management is often without voice and in almost all circumstances cops the flak for underperforming investments.

At the core of the volatility and the pension fund’s failure to perform is the outside influence by government through the ministries of social welfare and finance. That is why despite its huge investment outlay, pensioners receive a paltry $80 per month.

NSSA, which was created through an Act of Parliament, is under the purview of the Ministry of Social Welfare which turn is responsible for the appointment of NSSA’s board chairperson. The chairman for his part plays a critical role in the recruitment and retention of the executive management, turn lengthening the chain of dependency and loss of independency.

Other board members are pooled from interested bodies such as labour and industry, although much influence is retained by the government appointed chairperson.  Often, the appointed chairs are allies of the ministers in charge of the parent ministry or other higher offices which the minister is subordinate to.

For example, during the Government of National Unity, MDC was allocated the labour ministry and the late MDC-T leader Morgan Tsvangirai’s long time lawyer, Innocent Chagonda was appointed chairman through to 2013.

When ZANU-PF regained full control of government and Prisca Mupfumira was appointed minister, she brought in seasoned investment banker Robin Vela, who unconfirmed reports suggest was her relative.
Patrick Zhuwao, who briefly took over the ministry in former president Robert Mugabe’s ill-fated last Cabinet,  did not last long enough in that portfolio to execute changes.

In comes Kagonye and Vela is history, with more shake-ups expected.  There is usually no basis for sacking other than that the sheriff at the parent ministry is new and, therefore, wants allies who can drive her own agenda.

To my mind, Vela was experienced and competent in driving NSSA’s investments agenda. The team he recruited was likewise capable of delivering and of integrity.

The only blemish was his unchecked powers that stretched to investee companies and his day to day involvement in operations at NSSA. He was a de facto executive chairman, ruthless on investee companies and the pension fund’s employees. They dreaded him and often employees lived in fear of losing jobs. He successfully influenced the sacking of then CBZ board chair Elliot Mugamu and led the purge of Nicholas Vingirai from ZB Financial Holdings, leading to a divorce with Vingirai’s Transnational Holdings Limited.

It was easy to criticise his management style and the unguarded approach to his job.
But this was a man who drove NSSA’s investment performance to a new high, driving the overall contributions and payouts up by respectable margins. He realigned the operations to become more nimble and efficient, even taking the wage bill significantly lower.

Despite the fact that he created a lot of enemies in the corporate world, he delivered on his mandate at NSSA and the only factual basis for this argument is NSSA’s financial statements which are readily available in the public domain.

Accusations of abuse of office have to date not been proven meaning his sacking may have been a political one and not the proffered excuse that he was not ordinarily resident in Zimbabwe. (The previous minister must have surely conducted a background check on him before his appointment!)  But it did send a bold and clear message to the remaining executives that they have to fall in line or else face a similar fate regardless of competency.

NSSA’s exposure to Ariston may not be that huge given the Authority’s portfolio size, but the rationale for investing is always to get a good return. A key tenet in achieving this goal is the appointment of a capable management even at strategic level. Ariston has been an underperformer for a very long time and since dollarisation it has reported successive losses, implying the company needs close management attention.

As one of the key investors in Ariston, NSSA should take it upon itself to appoint a seasoned industrialist with relevant expertise in the field of agriculture management.  Someone who can contribute positively to the turnaround in Ariston’s fortunes and this cannot be someone seeking to instead, learn.
The company deserves better and the hardworking men and women at tea and macadamia plantations in Southdown Chipinge and the pome fruit plantations in  Nyanga, deserve better. They have endured for years and an able board can help change the path.

I had the privilege of being invited to tour the company’s operations across the Eastern region just a month ago, and assuredly the company is on a mending path although it has been a long time coming.
The passion, the precision in execution and the knowledge exhibited by all the employees manning the farms and factories is out of this world.

Even the chief executive Paul Spear is just as passionate, spending three working days every week in the fields in Chipinge and Nyanga religiously. What I saw is an unparalled quest for redemption which is clearly supported by the majority shareholder. But powers that call the shots at NSSA are playing a political game and not a business one, which is sad.

Having worked at NSSA as a trainee in the investments office under the previous administration led by Matiza, it was evident then, as it is now that the board crafts and authorises key investment decisions without submitting same for due diligence to expert  officers and mid-level investments practitioners that it employs.

In actual fact, it is these experts in investments who should craft and draft proposals for board considerations not the other way round. A closer look shows that the board on its part is often under undue pressure from the ministry to push the ministry’s own agendas which may have a negative investment payoff.

If “the new dispensation” and “open for business” are chants to be taken serious, government has to shun this Robert Mugabe way of running State-owned enterprises.