Guest column:Takaruza Munyanyiwa Tourism sector is on cloud nine after decades of slowed down performance dating back to year 2000. Tourist arrivals 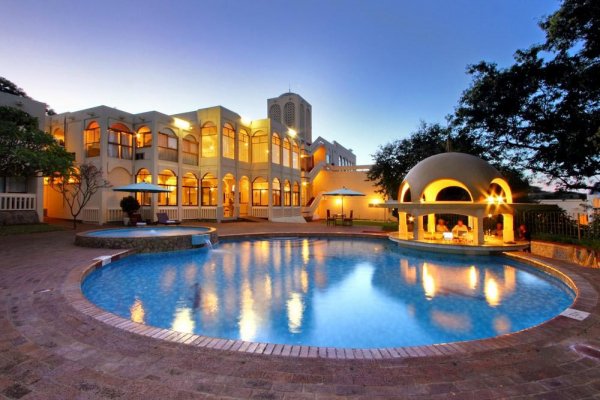 The  unprecedented growth on the backdrop is riding on a number of factors that include many  years of marketing efforts, political transition ushering in a new political dispensation,  harmonised election, traffic boom, increased air seat capacity and government’s new marketing mantra “Zimbabwe is open for business”.

Other positive developments that underpinned the growth trajectory include the extension of Victoria Falls Airport. The upgrade of Robert Gabriel Mugabe International Airport at a cost of $150 million increasing holding capacity from two million to  six million annually will also stimulate tourism growth.

The beckoning question is: What lies ahead for the tourism industry? What are some of the key steps and strategies that must be adopted in order to maintain and grow the sector cake?  Tourism is a high maintenance industry that can collapse overnight in the absence of proactive marketing and damage control strategies.  A good case in point is the effects of the just-ended stayaway and riotous behaviour in the country.

The effects of such an event are going to be felt in coming years. Thus, it is important that we are not deceived by the clam now prevailing in the country. History has it that such events attract travel warnings/advisory that can be devastating to the industry performance. A public relations campaign with local diplomatic missions must be at the centre of our strategy.

We must reach out to our stakeholders reassuring them of a safe and secure destination.  We can learn from countries such as Egypt, Thailand, Philippines and Kenya that have perfected a come back strategy. Egypt and Thailand, prone to terrorist attacks, have in place disaster management funds in place to run comeback campaigns without delay. Zimbabwe can take a leaf from such countries.

The last two decades  of slow growth characterized by travel warnings, unstable political environment, health pandemic, hyperinflation, post-election violence and events such as the recent national shutdown must be fertile grounds to have a plan in place without delay. Whilst we are still counting our losses, the outside world does not care and is moving on with their plans.

It is interesting to note that the European Union has not issued travel warnings to Kenya but commended Nairobi’s response to quell last week’s DUsit Hotel bombing that killed 21 people. The European Union is encouraging their citizens to continue with their travel plans because Kenya remains a safe destination. Kenya has a very clear disaster management strategy that reaches out to the stakeholders without delay.

The prospects of tourism will also hinge on the private sector and public sectors dealing with some key issues bedevilling the country.  It is almost impossible to run a robust tourism sector without a domestic air network. Thus, the role of Air Zimbabwe and other players cannot be understated.  The resuscitation of Air Zimbabwe as national carrier is key to instilling international confidence and improving air access. In particular, domestic connectivity is a key ingredient to sustainable tourism development.

There is also need to find a lasting solution to deal with airline foreign currency remittance predicament threatening the withdrawal of services by airlines because of failure to service international travel and tourism payments. Refurbishment of the trunk roads such as Beitbridge–Chirundu is central to tourism growth. Past surveys revealed that 92% of tourists use road transportation during their visits.

Media is key in informing stakeholders of the situation and destination offer. Review of visa regime of countries like China still in category C, and including African countries outside Southern African Development Community region. For example, Kenya and Nigeria have reciprocal landing visa in place of their citizens, stimulating both trade and tourism between the two countries.

The diaspora populace cannot be ignored in the development of robust socio-economic transformation. The estimated three million Zimbabweans abroad are already contributing almost $1 billion in receipts, presenting a major pool of resources.

The diasporas if fed with good information can become tourism ambassadors, thus wooing their newly found compatriots.  A comprehensive diaspora sustainable diaspora strategy must be crafted as a matter of urgency.

The debate to reduce embassies abroad is a debatable issue but if they are well-resourced these play a critical role in information dissemination and serve as points of reference for would-be interested visitors and investors to Zimbabwe.

Zimbabweans here at home must be integrated into the marketing matrix of things. We are the hosts and have to deliver the promised service to visitors.  Zimbabweans will play a critical role in keeping a clean environment, conservation programmes and maintaining peace and tranquillity.

The current problem of price distortions between hard currencies especially the United States dollars and real-time gross settlement systems and bond notes present a major problem for the sector. A pragmatic solution must be sought that does not prejudice the visitor and service providers. Provision of fuel is important in facilitating visitor movement.

Fuel supply must be guaranteed if tourism is to thrive, otherwise no fuel, no tourism. Continued peace and tranquillity is key to tourism flourishing in any destination. Unnecessary demonstrations will not do us any good when conducting tourism business. Thus, there must be restraint whilst upholding citizen freedom of association and right to demonstrate.

Stronger public–private partnership framework should be put in place as matter of urgency, this notwithstanding the on-going partnerships between Environment, Tourism and Hospitality Industry ministry, Zimbabwe Tourism Authority and Tourism Business Council of Zimbabwe. The partnership must look at human resources, investment, marketing and ease of doing business among many other issues.

Completion of the ease of doing business framework

Key issues include licensing procedures including fee levels and adoption of tourism sector best practice taxation. Promotion of FDI in the designated Special Economic Zones including new areas such as Kanyemba.  Border entry points need to be user friendly — Beitbridge and Victoria Falls. The current problems of congestion must be taken into perspective as we develop the newly found north gate of Kanyemba that will in doubt become a major logistical and tourism hub. The new north gate will reduce travelling distance by an estimated 600km.

Let me conclude by saying tourism prospects depend on how we manage and maintain a peaceful environment, robust marketing strategy, positive information dissemination and respond to visitor needs and our attitudes as hosts.