How to combat electoral fraud 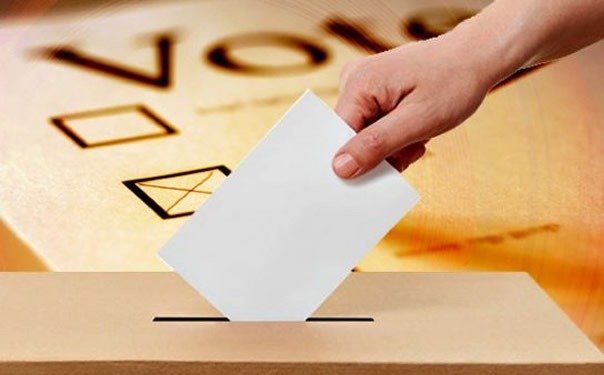 This article proposes and outlines a possible solution to the problem of electoral manipulation in Zimbabwe. First, it explains the problem. Second, as a solution, it proffers a unique form of caretaker government that has thus far only been implemented in Bangladesh and Pakistan. Lastly, it draws lessons from how this innovative idea has been executed elsewhere.

While a lot can and has been said about electoral malpractices in Zimbabwe, they all stem from one problem: maximum exploitation of incumbency by the government in power.

This has manifested itself in many ways, chief among them biased reporting by State media, use of security forces to push a partisan agenda and control of the Zimbabwe Electoral Commission (Zec) by the government.

There are several ways one can go about solving this problem. One of them is pushing for various electoral reforms as the opposition and civil society have been doing for years.

This, however, in my view, is not the best way to go. Pushing for reforms in the ZEC or State media is dealing with various manifestations of the problem concurrently when the whole issue, and its offshoots, can be dealt with as a whole. Even though reform victories can and have been won, because bits and parts of the problem are being attacked concurrently, it is much easier for the incumbent government to make small concessions which do not threaten its hold on power.

In the last election, the government conceded demands for biometric voter registration and in the next election they could concede demands for something else and still maintain an unlevel playing field.

This approach of calling for various reforms can be likened to chipping away at the trunk of an unwanted tree instead of uprooting it. You will get small chips from the tree, just like the opposition managed to get a few reforms, but you will not uproot the problem, at least not within a reasonable timeframe.

The best way to deal with exploitation of the incumbency during elections is to remove incumbency from any player contesting polls. If there is no incumbent during elections, none of the political players will have power to influence State media, ZEC or any other government body that has a bearing on elections.

The main objective of the caretaker government will be to create a conducive environment for free and fair elections. It will also run day-to-day affairs of the State, making sure that the country does not come to a standstill in-between governments.

No one in the caretaker government will be allowed to contest upcoming elections.

In addition to creating a level playing field, a caretaker government will prevent post-election issues such as were previously experienced in Zimbabwe. For instance, during the 2018 MDC Alliance electoral court case, a Justice minister of the incumbent government barred South African lawyers from representing the opposition, which caused an uproar because he clearly had a vested interest. This could never happen with a caretaker government composed of non-partisan individuals.

In Bangladesh, after facing electoral problems like those in Zimbabwe, a caretaker model similar to the one discussed above was instituted in 1996. This was done through a political agreement, as a temporary measure before the country made the caretaker arrangement a long-lasting feature of its politics through a constitutional amendment.

Zimbabwe could follow the same route. If ever genuine dialogue emerges between political players, an agreement could be made towards instituting a caretaker government – through a constitutional amendment – for the next election.

It is important to note that Bangladesh’s caretaker system was removed in 2008. After its removal, the same electoral problems that plagued the country before its implementation resurfaced; their last election, held on December 30, 2018, was widely condemned as undemocratic.

Pakistan is currently the only country in the world that has a caretaker government for elections. It selects its caretaker government through an agreement by the Prime Minister and leader of the opposition in Parliament. If they fail to agree, the matter goes to a parliamentary committee with an equal number of MPs from both opposition and ruling party.

This could also be how Zimbabwe structures selection of its caretaker government. The President and leader of the opposition in Parliament can agree on people to constitute the body and if they fail to do so, the same procedure carried out in Pakistan can be followed.

Of course, as much as Zimbabwe can make use of mechanisms from other countries in setting up a caretaker government, care must be taken to examine their applicability in our local context.

There are some who will argue that elections in Zimbabwe are not rigged, that they are free and fair. Even if they were – of which they are not – it is a fact that results of elections since formation of the MDC have been disputed. This in itself is a problem that has led to legitimacy issues. Furthermore, there is lack of trust in the electoral process which has, among other things, resulted in unnecessary deaths, the latest example being August 1, 2018 shootings. So even if it’s not to stop rigging, the caretaker government should be instituted to restore trust in the electoral system and guarantee legitimacy for the incoming government.