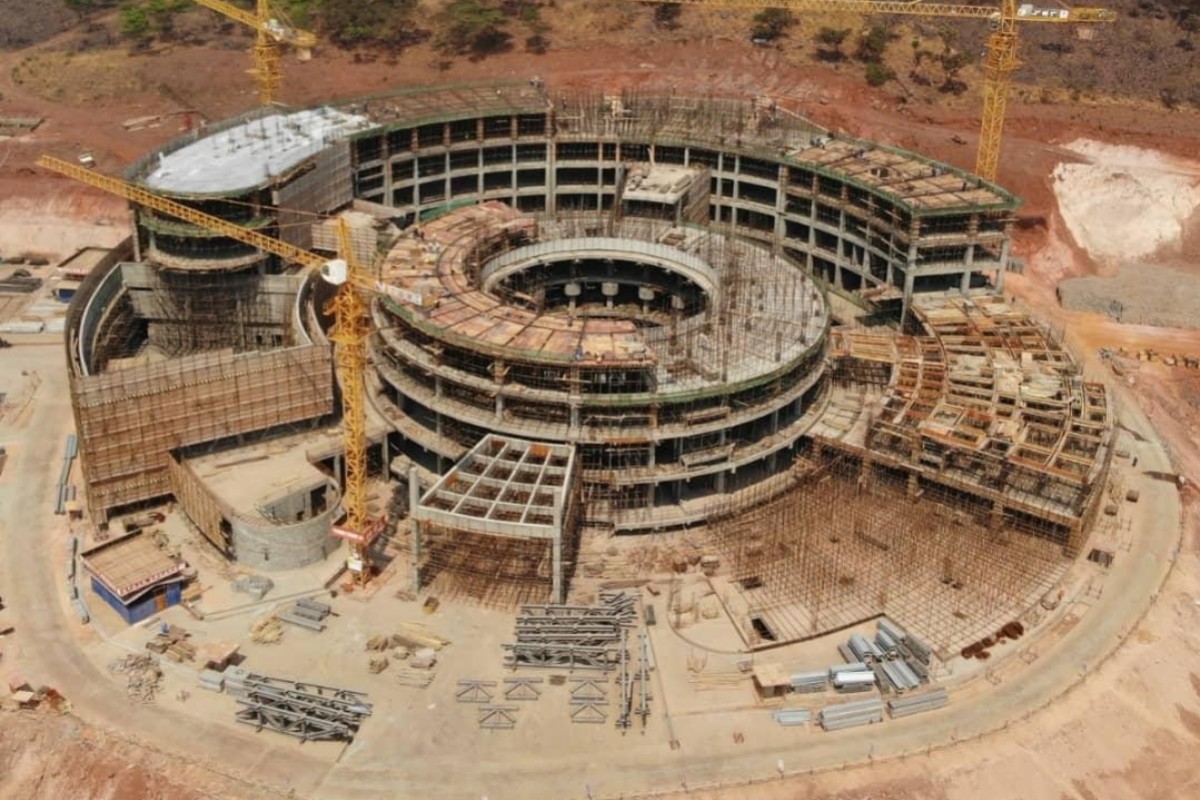 Beijing is footing the bill for a US$140 million parliament building in Zimbabwe. Photo: Twitter

With China’s help, a new city is taking shape on the outskirts of Zimbabwe’s capital Harare, as Beijing deepens its influence in Africa.

A US$140 million six-storey parliament building being constructed on Mount Hampden, about 18km (11 miles) northwest of Harare, is the linchpin of a move by the southern African country to ease congestion in the crowded capital.

Sitting on the top of a hill, the imposing circular complex being erected by China’s Shanghai Construction Group is fully paid by Beijing, which regards the gesture as a donation.

The 33,000 square metre (355,209 square foot) complex will replace the current 100-seat, colonial-era building which Zimbabwean officials consider too small for the country’s 350 legislators.

Today we are celebrating the 70th anniversary of the founding of the People’s Republic of China, but work continues on the new parliamentary building. We are pleased to announce that the left side of the concrete structure was completed yesterday. Here is today’s picture

Besides the parliament, the Zimbabwean government also plans to relocate some of its administrative units, including its judiciary and executive branches, to the site, where a state house and official residences for the speaker of the House of Assembly and president of the Senate also will be built.

Zhao Baogang, the Chinese deputy ambassador to Zimbabwe, said the project was “a symbol of the friendship between China and Zimbabwe”.

“The building is important in the decolonisation of Zimbabwe,” he said. It is expected to be completed by March 2021. 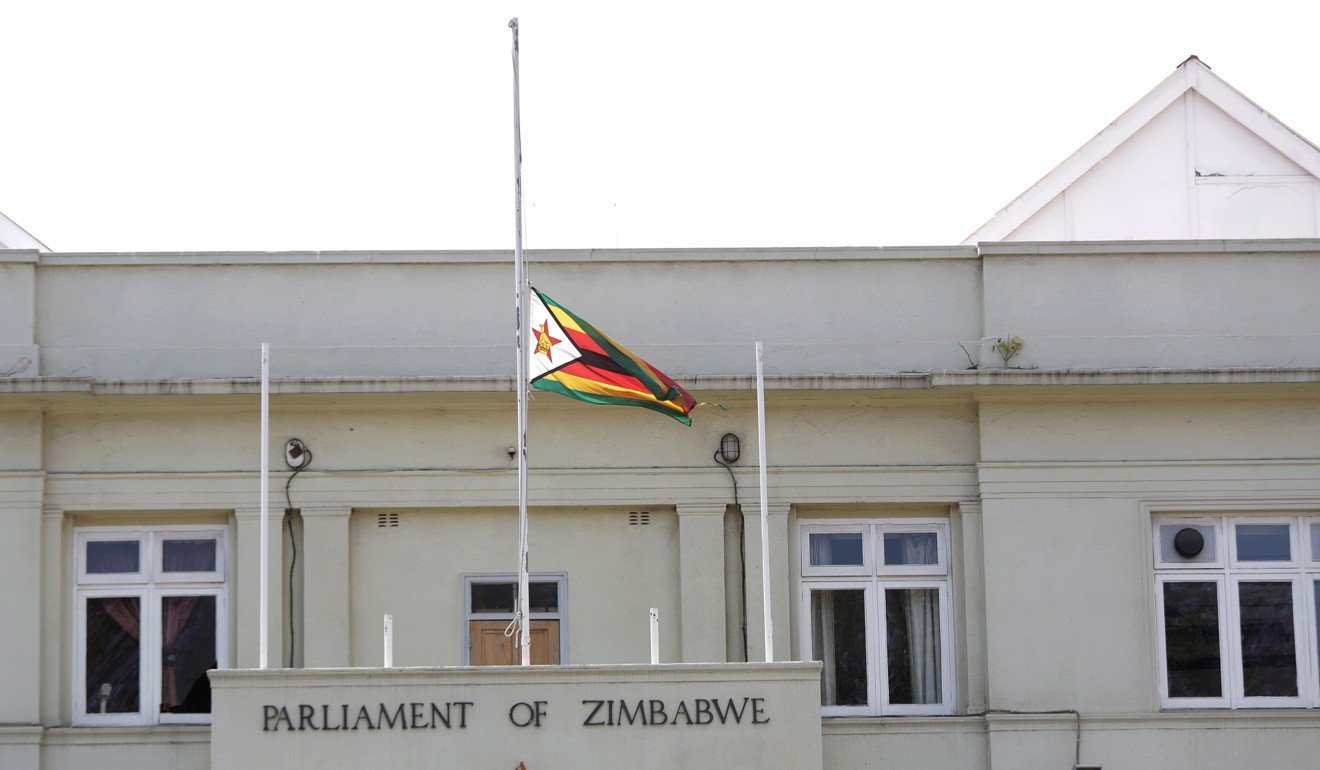 Paying for the construction of grandiose symbols of the state, such as presidential palaces and parliamentary buildings, through grants or interest-free loans, has been one of Beijing’s major diplomatic strategies on the continent.

When China first started establishing diplomatic relations with Africa between the 1950s and 1970s, it used offers of financial help and interest-free loans and sent over medical teams to endear itself to African countries.

In return, those nations helped Beijing secure a seat on the United Nations Security Council in 1971. Until then the seat had been occupied by the Republic of China government seated in Taiwan.

But it was the construction of the Tanzania-Zambia Railway (Tazara), Beijing’s most ambitious and expensive project, that did the most to boost China’s political capital on the continent.

The railway, which was built between 1970 and 1975 for US$500 million via an interest-free loan to be repaid over 30 years, necessitated the deployment of 25,000 Chinese workers. Once completed, the line stretched almost 1,870km from Dar es Salaam Port to the Zambian town of Kapiri Mposhi, where the country’s coal mines are situated.

Is China pushing Africa into a ‘debt trap’?

Beijing has since funded several projects, including soccer stadiums, in nations such as Cameroon, Mozambique, Malawi, Ghana, Angola and Zambia. It has also paid for parliamentary buildings in the Republic of Congo, Lesotho, Mozambique and Sierra Leone. Further, China has gifted presidential palaces to countries such as Togo, Sudan, Burundi and Guinea-Bissau.

The trend has picked up recently with Beijing bankrolling the building of the US$200 million African Union headquarters in the Ethiopian capital, Addis Ababa.

Also, last year, Beijing said it would fund the building of the new headquarters for the Economic Community of West African States in Abuja, Nigeria, for US$31.6 million.

Meanwhile, China is building a US$58 million parliamentary complex in the Republic of Congo and rebuilding the burnt parliament in Gabon.

Two weeks ago, Zambia announced that China has agreed to fund construction of a new international conference centre that will be used to host the African Union Heads of State Summit in 2022. 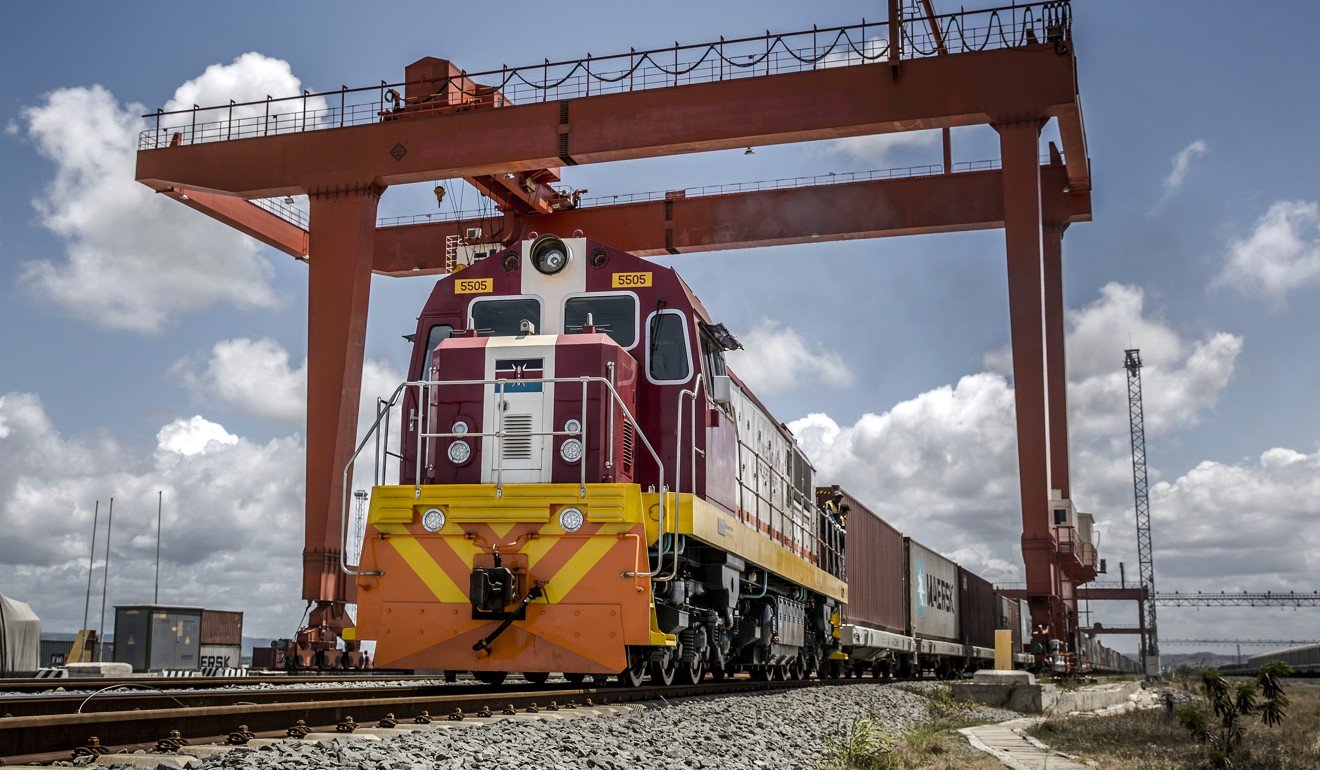 During the 2018 Summit of the Forum on China-Africa Cooperation in Beijing, Chinese President Xi Jinping pledged to extend US$60 billion in financing to Africa over three years.

China is the continent’s largest bilateral lender, pouring billions of dollars into African countries for the building of motorways, dams and railways under the Belt and Road Initiative, the multibillion-dollar plan to link Asian and European economies to a China-centred trading network.

China advanced more than US$143 billion between 2000 and 2017, according to figures from the China Africa Research Initiative at the Johns Hopkins School of Advanced International Studies in Washington. Chinese aid to Africa stood at US$29.4 billion between 2003 and 2017, the figures showed.

Dr Obert Hodzi, an international relations scholar at the University of Liverpool, said these infrastructure “gifts” were meant to show China’s benevolence, its willingness to share its prosperity with other developing countries and its sacrificial giving that has endeared it to African leaders since the Tazara railway.

These gifts, he said, also allowed Beijing to re-emphasise the tangible and much-needed infrastructure benefits it provided to African economies – differentiating it from Western powers that focus on “intangible issues of governance and human rights” widely seen as disruptive by the ruling elites in Uganda, Zimbabwe and Zambia.

“Currently, the strategy is working,” Hodzi said. “[President Yoweri] Museveni has recently praised the Chinese for not being jealous of Uganda and caring about its development. Beijing also hopes that recipient governments will reciprocate by favouring Chinese businesses.” 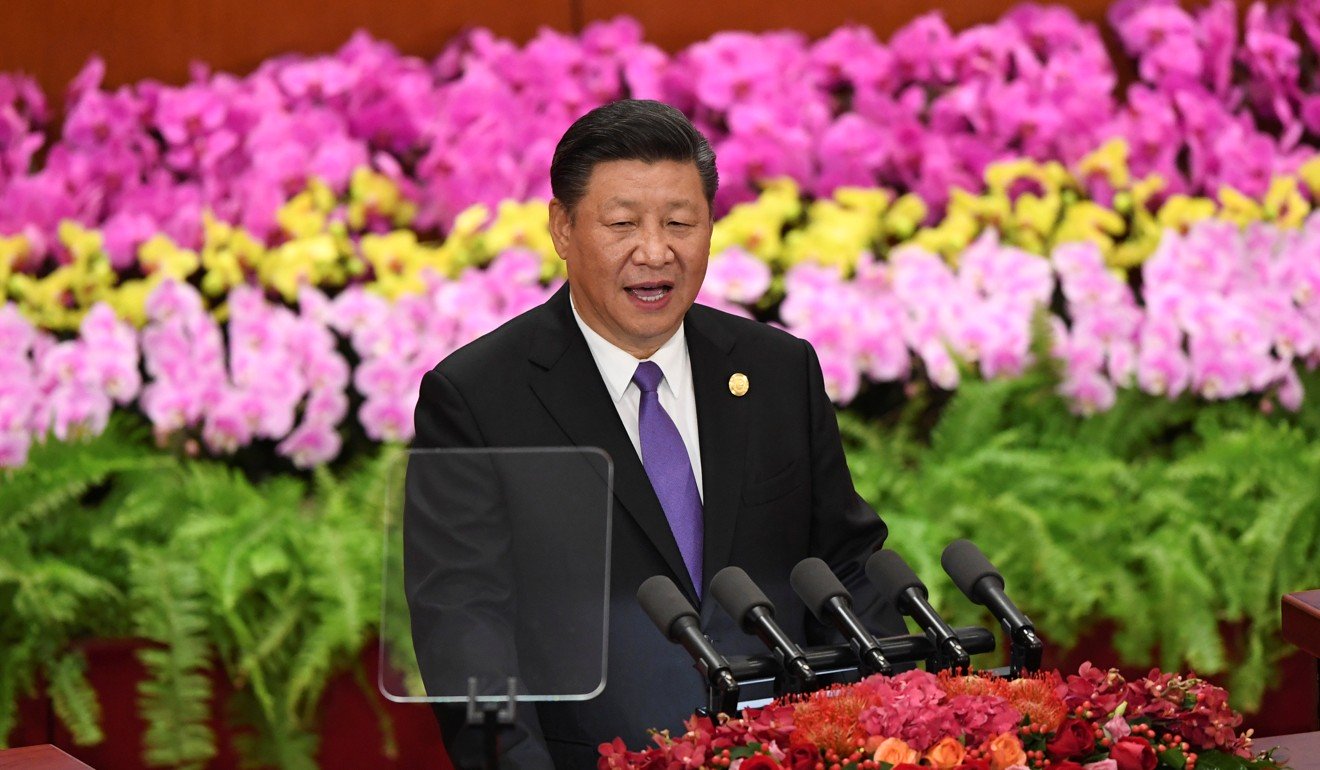 China’s President Xi Jinping pledged to extend US$60 billion in financing to Africa over three years in 2018. Photo: Reuters

But he questioned whether African leaders really believed the projects involved no quid pro quo, as Chinese diplomats often claim. If so, they were mistaken, he said.

“African leaders can be excused for taking no interest in Chinese internal issues such as human rights, the treatment of Uygurs in Xinjiang, the situation in Tibet, the building of islands in the South China Sea and the status of Hong Kong,” Shinn said.

“But a surprising number of African governments are supporting China’s position on these policies. That is where the quid pro quo comes into play.”

“They sit alongside the infrastructure projects – roads, railways – for which China is well known,” he said.

“But they are not as expensive. In a way, it is visibility for less outlay. It also gives exposure to Chinese construction firms. For China, it is a win-win situation.” 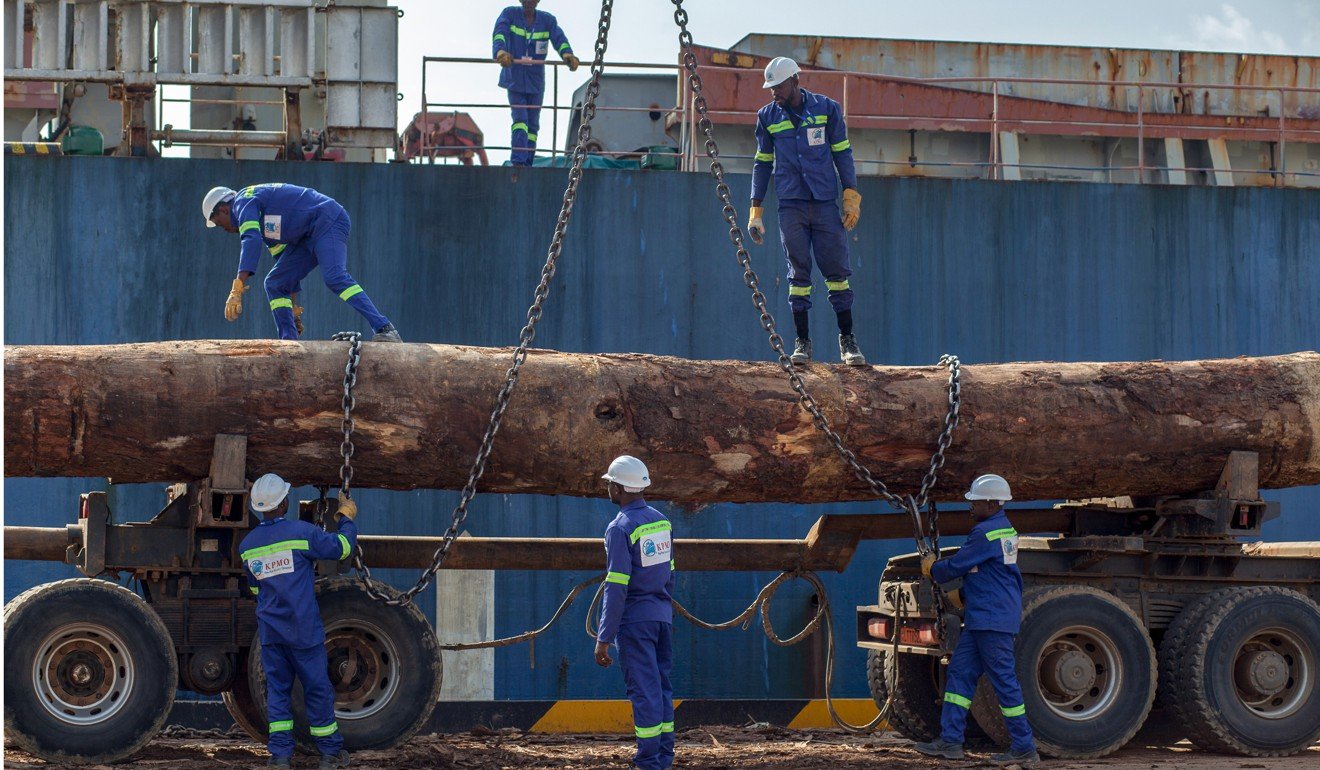 During the 2018 Summit of the Forum on China-Africa Cooperation in Beijing, Xi Jinping pledged to extend US$60 billion in financing to Africa over three years. Photo: Bloomberg

But critics have questioned the motives behind China’s largesse. Last year, a French newspaper Le Monde claimed Beijing was spying on the African Union (AU), saying it had installed hidden microphones in the building and was taping sensitive information.

Beijing dismissed the report’s “groundless accusations”, while the AU called them “baseless”.

Analysts say China’s efforts to gift imposing projects is part of its broader chequebook diplomacy programme in Africa to win the affection and allegiance of its elite.

Bradley Parks, executive director of AidData, a research lab at the College of William and Mary in the US state of Virginia, said Beijing often plied African leaders with lavish spending on projects, such as stadiums, theatres, museums and parliamentary buildings, that disproportionately benefited urban elites.

Beijing’s purpose was partly to secure African countries’ support for its policy positions such as its opposition to the South China Sea arbitration process at the Permanent Court of Arbitration in The Hague and its adherence to a “one-China” policy on Taiwan, he said. 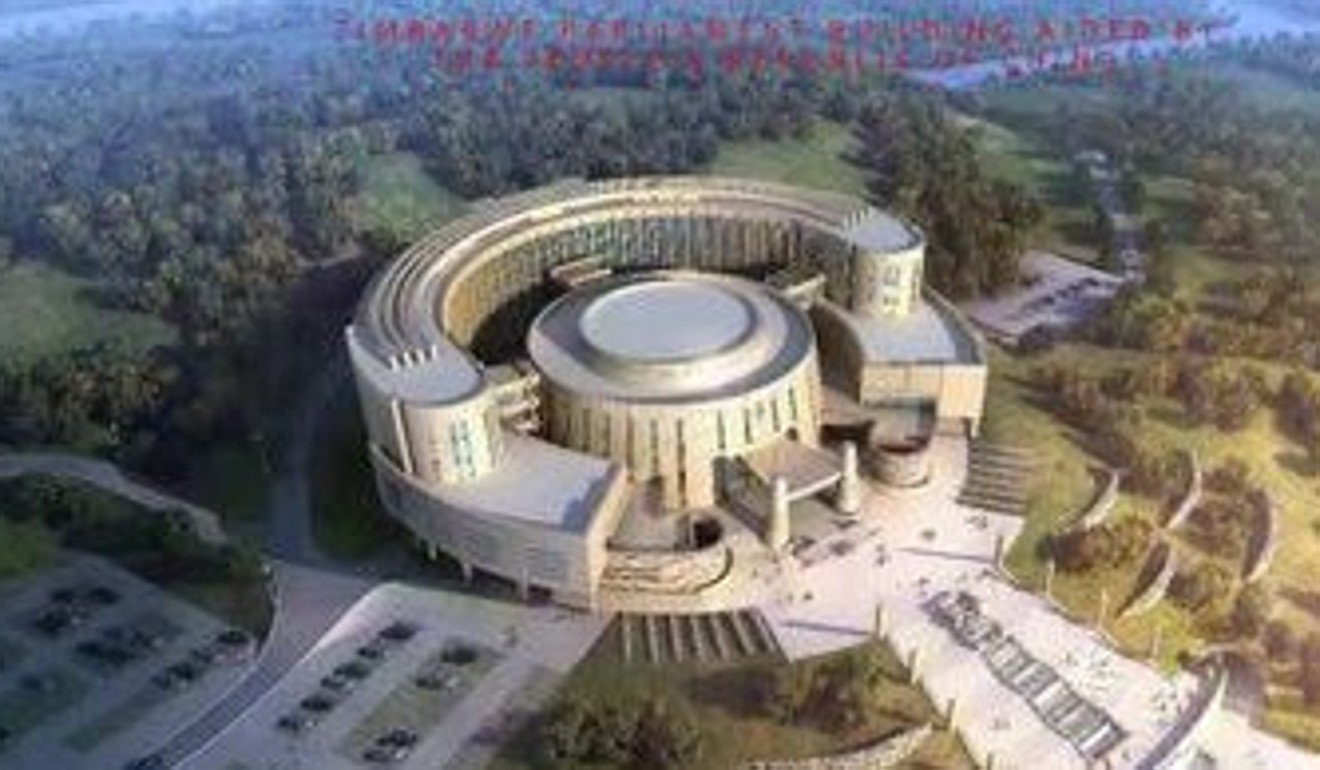 China’s deputy ambassador described Zimbabwe’s new parliament building as a symbol of the friendship between the two countries. Photo: Twitter

Parks was part of a team that recently published an AidData paper showing that Chinese aid was used either to buy African governments’ support for its foreign policy or as a reward for them providing it.

“Across the continent, we find that there is a strong, positive, and statistically significant relationship between Chinese aid provision and voting with China in the UN General Assembly [UNGA],” he said.

Conversely, if Egypt’s 93 per cent level of voting alignment with China in the UN General Assembly fell to Equatorial Guinea’s level (65 per cent), “our statistical model predicts that Egypt would see an 87 per cent reduction in aid from China”, Parks said.