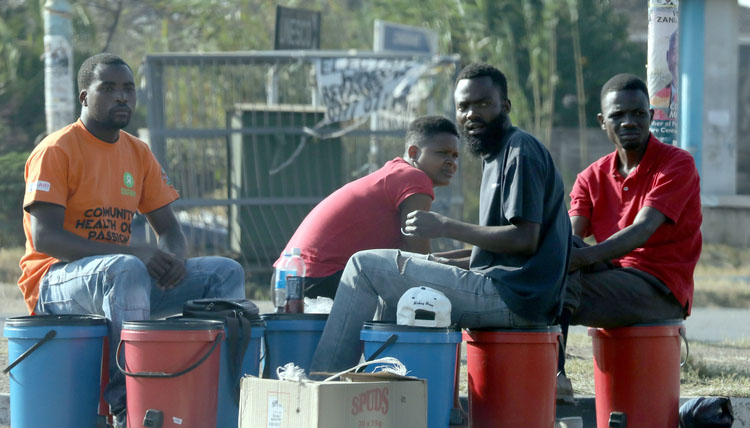 Local industrialists have joined some progressive Western and Asian embassies in slamming the sanctions imposed on Zimbabwe by the United States on August 8, saying the embargo should go to allow the country to reconstruct, taking advantage of the firm foundation set by President Mnangagwa in the last nine months that he has been in office.

The re-engagement efforts, support for the rule of law and the fact that Zimbabwe has opened up for business, among other pro-business policies, has provided a much needed spark to rejuvenate the economy, which had stagnated for close to two decades under the previous administration.

However, the US President, Mr Donald Trump, signed the Zimbabwe Democracy and Economic Recovery Amendment Act of 2018 (Zidera) on August 8, claiming it was an “incentive” aimed at helping the country to “restore the rule of law, reconstruct and rebuild Zimbabwe . . . ”

The amendment’s aspirations are an anti-thesis of the ground that Government has covered since November last year in terms of restoring rule of law and growing the economy to create jobs for many jobless citizens.

President Mnangagwa’s Vision 2030 will see the country growing into a middle income economy in the net 12 years, with citizens accessing decent jobs.

Further, the Zidera Amendment, which amends the Act passed in 2001, had set conditions for the country that had to be met in the July 30 elections, including holding elections declared free and fair by many observers, allowing international and local observers access to all parts of the country to monitor the pre-election environment and availing the voters’ roll to all contesting parties.

To its credit, Government invited 64 election observer missions, including the Commonwealth, the European Union, African Union and Sadc, among others.

Generally, all observer missions gave the July 30 plebiscite a clean bill of health but raised concern over the post-election violence incited by MDC Alliance leaders, which resulted in the death of six people.

Given the ground covered by President Mnangagwa administration since November last year, industry and some neutral observers have criticised the imposition of sanctions by the US, saying instead of seeking to rebuild the economy, the sanctions will achieve the opposite.

“We are very unequivocal about that, as a country we need some space. Over the years we have shown a lot of improvement in terms of issues raised in Zidera and we deserve to be given a chance to move on.

“America should look at the efforts that Government is making, and if you analyse the elections we had, apart from the post-election violence, no African country comes close to those elections in terms of their openness,” said Mr Jabangwe.

Zimbabwe National Chamber of Commerce (ZNCC) chief executive officer, Mr Takunda Mugaga also said sanctions no longer serve any purpose and should be removed as they hurt the ordinary people and industry.

“The message from SB Moyo (Minister of Foreign Affairs and International Trade, Dr Sibusiso Moyo) is that we need to continue engaging America.

“No one needs these sanctions. It is not necessary to re-state their impact on business and the ordinary person, it’s something that we have mentioned time and again,” said Mr Mugaga.

Opposition politicians and civil society organisations have previously misled the country that sanctions imposed by the US and the European Union affects the targeted persons.

To the contrary, manufacturers fail to access some raw materials as some foreign suppliers, mainly in countries that would have imposed the sanction, stop dealing with local firms.

At the same time, transfers for foreign purchases are also blocked, resulting in low capacity utilisation and consequently job losses.

Social, economic and political commentator Mr Nick Mangwana succinctly captured the devastating effects of sanctions when he also tweeted: “So Zidera Amendment Act is now in full swing. Members of high society have a buffer. When companies can’t access finances, fail to manufacture, (it results in) no employment. When sales are made and proceeds are intercepted, companies have to lay-off. Who suffers? Ordinary Zimbabweans.”

CZI’s Mr Jabangwe also said the fact that sanctions are targeted at anyone doesn’t make any sense.

“Sanctions are sanctions and as soon as they are imposed, some people stop doing business with Zimbabwe.

“Sometimes you try to check for something on the internet and some websites are not accessible because of sanctions.

“When you also try to send money to other countries, the money is confiscated because of sanctions. Sanctions don’t just affect those targeted, they also affect the ordinary person and industry.”

Agribank and the Infrastructure Development Bank of Zimbabwe (IDBZ) were on the List of Specially Designated Nationals and Blocked Persons until their removal by the US Treasury Department’s Office of Foreign Assets Control (OFAC) in February 2016.

The banks could not process foreign payments or deal directly with their clients.

They had to go through third parties, which was a further cost to their business.

They needed a licence to transact.

There are several sad stories of some individuals whose money was also confiscated due to the OFAC actions.