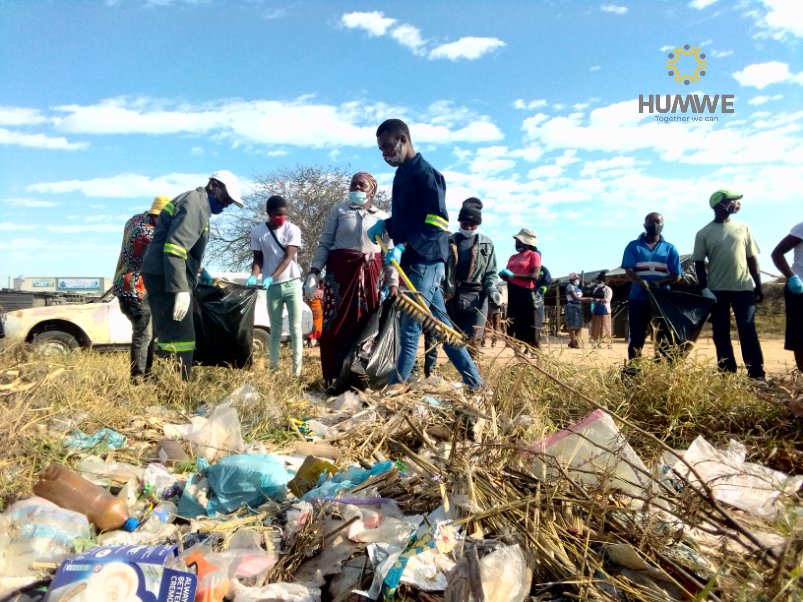 BY SILA NKALA
THE Hwange Local Board (HLB) has intensified efforts to curb littering in the town following a proliferation of illegal solid waste dumpsites.

HLB spokesperson Dumisani Nsingo yesterday told Southern Eye that the proliferation of illegal dumpsites was due to residents’ ignorance of waste management practices.

He said many people did not know that littering impacted the environment.

“If we spend time with people that lack awareness of their actions and litter quite frequently, we are more likely to start littering,” Nsingo said.

“In its fight to reduce the amount of litter and illegal dumpsites, the local authority has been forced to employ casual workers to pick up litter.

“You might be aware that millions of dollars are spent by municipalities annually in clean-up efforts to reduce littering.

“This makes littering a huge problem because that money could be used in progressive development yet it is being directed to waste management programmes.”

HLB recently offered a reward to whistleblowers for reporting illegal waste dumpers, but the facility did not yield the desired results.

Illegal solid waste dumping and littering is happening in all areas, mainly in ward 6 in Empumalanga high-density suburb’s DRC section.

“We continue to implore people to adopt the reduce-reuse-recycle concept in order to manage waste properly.

“The top priority is to reduce waste generation, then reuse and recycle, to give waste material a second chance before disposing of it at the landfill,” Nsingo said.

Ward 6 councillor Andrew Mumpande said there was need for people to act responsibly and avoid improper disposal of waste.

“Residents must learn to be responsible citizens and avoid littering.

“They must be cognisant that the environment is theirs and strive to keep it clean all the time.

“In the event that our refuse truck is down, residents should ensure that all the garbage is kept in refuse receptacles till the day of collection,” he said.

Mumpande said he was mobilising volunteers to participate in clean-up campaigns twice a month.