Hwange wives grievances to be taken to Parly 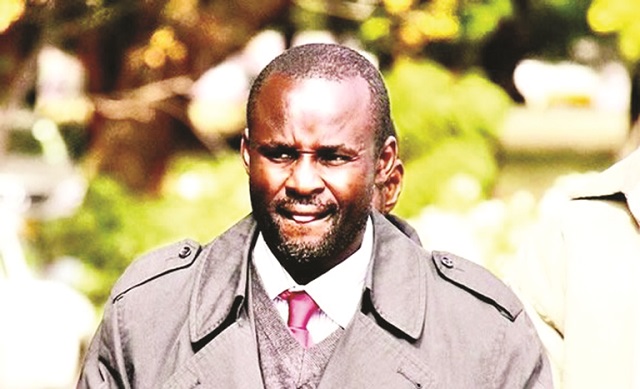 Fairness Moyana, Hwange Correspondent
THE chairman of the Parliamentary Portfolio Committee on Mines and Energy, Mr Temba Mliswa, has promised to take grievances raised by demonstrating wives of Hwange Colliery Company mine workers to Parliament and other relevant committees to try and find a lasting solution.

Wives of Hwange Colliery employees have been demonstrating at the company offices in the mining town for almost a month, demanding that the mine management pay their spouses outstanding salaries. The mine workers have not been receiving consistent and full salaries for more than four years and are owed $74 million by the company.

Addressing more than 1 000 women who had gathered outside Colliery premises after handing over their petition to the committee, Mr Mliswa said he would forward the petition to Parliament and other relevant bodies.

“We have received the petition from you. From a constitutional point of view you have a right to demonstrate and a right to be heard. Parliament is opening next week, we will sit down as a committee and come up with a proper way forward. With the women who are here who also feel for you because some of them represent you from a proportional point of view I have no doubt that we will come up with a proper way, we will debate this certainly. It’s quite a national issue in its nature. I think everybody wants to see their welfare improve,” said Mliswa drawing applause from the women.

He, however, said issues of labour were not under his committee’s jurisdiction.

“Like I said earlier, we were here on mines and energy business, however, we saw you and couldn’t just ignore you. We are not a labour committee so we will refer to the relevant committees, we are going to be engaging other stakeholders to ensure that there is a concerted effort.

“Meanwhile, I urge you to remain calm, there must be no violence. You must not insult anyone whatsoever, remain calm, our coming here is to ensure that Hwange takes off,” he added.

Mr Mliswa said it was disheartening to learn of the gravity of social impacts associated with the lack of consistent pay that was affecting the people.

“We are aware of the challenges you are facing. Issues of HIV infection because of unemployment and even early pregnancies. These are serious issues that are partly associated with non-payment of salaries. We can debate this and when we start that is when the issue can be brought to the fore and we can hold anybody accountable when it comes to these issues.”

He said the committee was also going to invite mine management to appear before Parliament to answer questions around the operations of the coal mine.

The women, through their spokesperson, Mrs Thobekile Shoko said the issue needed urgent attention as it was now affecting the social fabric of families.

“The demonstration started on 29 January after we wrote to the police and army notifying them. We were shocked to learn that our husbands were going to be paid in July and that’s what triggered us to be here. It was shocking as we were already going through difficulties as women. We are hungry and can’t go back to our houses without anything because our children don’t even go to school since our husbands are not getting paid.

“As women we play a vital role in looking after the family and when our husbands come home empty handed, we are forced to find ways of putting food on the table. This has led to prostitution among women and ultimately an increase in HIV infection. Girls are getting pregnant at a young age after being lured by men who promise them money since their fathers are not getting paid.”

Mrs Shoko said the Government, as the majority shareholder in Hwange must intervene.