I am not Chamisa’s keeper: Mwonzora

Source: I am not Chamisa’s keeper: Mwonzora – NewsDay Zimbabwe 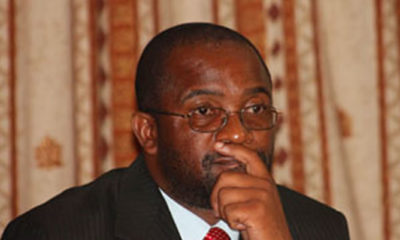 Mwonzora made the remarks a day after it emerged that he wrote to the Zimbabwe Electoral Commission (Zec) asking it to bar Chamisa and his party from using the acronym MDC.

Addressing journalists in the capital yesterday, Mwonzora said he was not “Chamisa’s keeper”, and that he did not feel guilty for cosying up to Zanu PF.

“I am a political opponent of whoever has filled in candidates. I don’t plan things for them, I don’t take care of their interests. What is important is that we are the owners of the name (MDC Alliance) and those people who do not own the name can use other names.”

Mwonzora insisted that he would contest the March 26 by-elections and the 2023 general elections using the name MDC Alliance.

Mwonzora also spoke about his secret meeting with Mnangagwa, saying no one has been stopped from seeing the President.

“The period of being political cry-babies is over. We don’t cry even when things are going against us, but we see people crying all over social media.”

But MDC Alliance spokesperson Fadzayi Mahere said Chamisa’s party was prepared for the elections and would not be confused by Mwonzora’s shenanigans.

“The people know who their leaders are. As political actors, we will bring our A-hand to this and every election. There will be no confusion, and as we do so, we continue to demand action on reforms,” she said.