I do not recognise ED’s govt: Chief 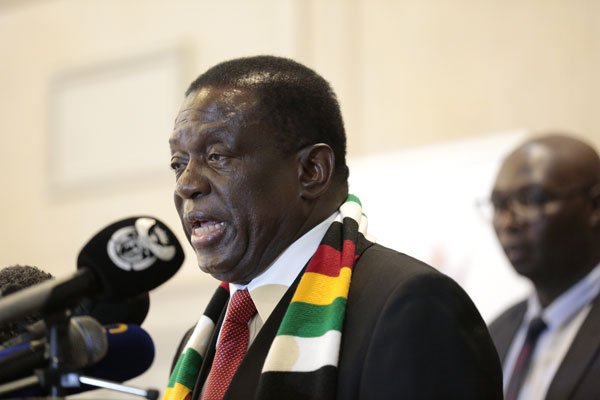 The visibly emotional chief further touched on Gukurahundi issues, which he described as an outright genocide.

“Gukurahundi was genocide, and as long as this administration does not acknowledge that, then we are going nowhere. Exhumations are not a solution because these graves are a crime scene, and there has to be a proper report on how these graves came to be and perpetrators must be brought to book,” he added.

Ndiweni, who hardly ever minces his words on issues he does not support, made the remarks during a Press conference in Bulawayo, where he and his advisors launched a Save Ntabazinduna mountain campaign.

The campaign is for the protection and preservation of a sacred mountain, which is used by locals for spiritual rituals amid concerns by the traditional leader and locals that it was now being disrespected and violated, especially by outsiders.

Ndiweni said he lost interest in trying to engage Mnangagwa’s administration on the issue of Ntabazinduna mountain because the government seemed to be turning a deaf ear and a blind eye to his calls.

The traditional leader further said he will never address the current set up as a government of Zimbabwe, but preferred to call it a “temporary” administration.