I know who poisoned me 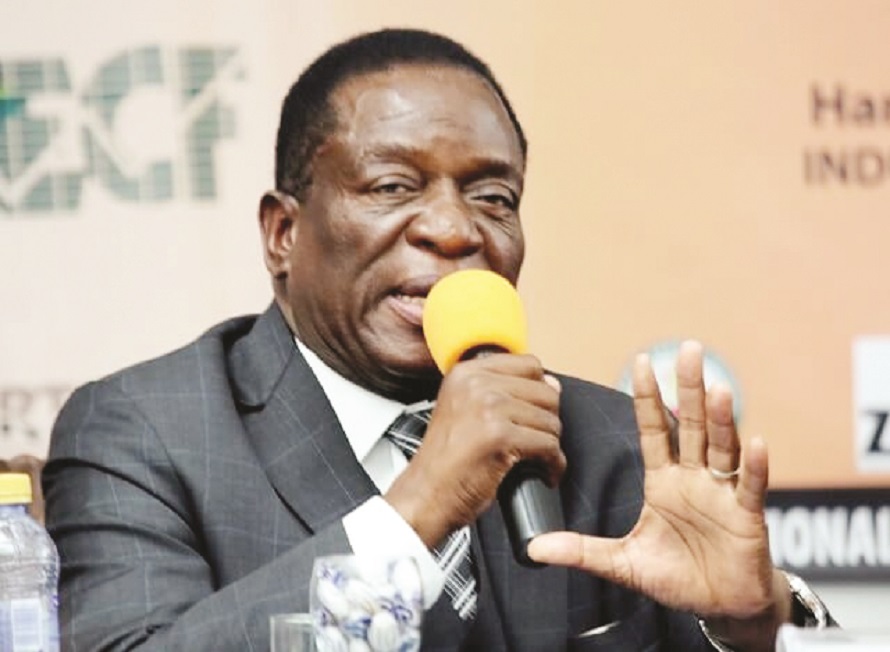 Vincent Gono, Acting News Editor
PRESIDENT Emmerson Mnangagwa has lifted the lid on his poisoning saga saying he suspects he was poisoned by some good friends of his using hard metal arsenic toxin which could only be found in Russia and Israel.

He also spoke of the plan that was revealed to him soon after his firing as Vice-President by part of the security officers who were tasked to have him killed. President Mnangagwa said the plan was to pick him up at night, poison him and make sure he was dead before hanging him to make it look like he committed suicide.

He said he was warned to leave the country immediately and the security officers even pleaded with him when he told them he was not going to leave the country. The President also said he believed former First Lady Grace Mugabe was no longer mentally sound as she went for broke in her smearing campaign whose ultimate goal was to have him fired from both the party and Government. President Mnangagwa revealed this in a wide ranging interview with the Financial Times in Harare recently.

“I suspect. I suspect as to who did it. They are still good friends of mine. I now suspect that they now know that I know,” he said, when asked whether he knows who poisoned him.

Asked what the poison was, the President said it was not food poisoning. He said all nine categories of food poisoning were negative.

“It was called a hard metal arsenic toxin. Arsenic toxin, something like that. That’s the class of poison. And it’s not easy to come with it. They say it’s colourless, it is tasteless and the areas where it could be found are possibly two. Three initially, professors in that area eliminated this one, and it was left with two countries. Russia and Israel. So it’s possible it came from Russia,” he said.

He said those who poisoned him were surprised that he survived because they expected him to die of cardiac arrest. He said doctors have, however, declared that he was now okay. President Mnangagwa said his calmness and collectedness after being castigated at rallies whose sole purpose was to attack and humiliate him annoyed Mrs Mugabe even more.

“After the First Lady (former) castigates me (at a rally), I’d shake her hand. I said thank you very much. She became even more annoyed. Then the next day there was a rally. I didn’t go to that one, but I listened. So I was being castigated there as a snake.

“And to deal with this snake you must crush the head. And this snake is Mnangagwa, we must crush the head, not beat the tail or the body. She went berserk on that one. At that stage now I believed she was not mentally OK. Then the next day I was fired at about four o’clock. I got a letter. In terms of section so and so, you are fired with immediate effect,” he said.

However, he said his Government was going to do everything to protect the legacy of former President Robert Mugabe saying he remains a father figure and a founding national icon.

The President also revealed his seasonal drinking habits saying he drinks during the first half of the year and doesn’t touch alcohol during the last half.

He said it was a vow that he made during the liberation struggle in 1978.

“I chose to drink six months and abstain totally . . . No wine, no beer, no whisky, for six months. I took my oath at that time. I have kept it up to today.

It was during the same interview where he reaffirmed the need for the country to have free and fair elections saying he wasn’t going to turn down election observers from around the world because he had nothing to fear or hide.