The International Cricket Council has instructed Zimbabwe Cricket to reinstate the previous board or risk being terminated permanently as a member. 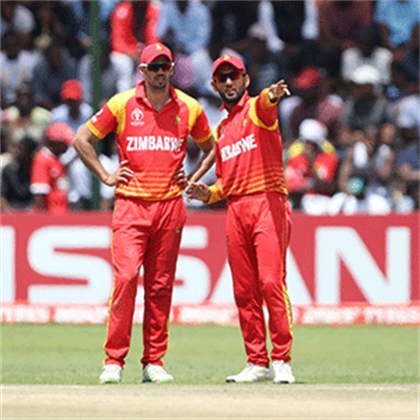 Cape Town – The International Cricket Council (ICC) has instructed Zimbabwe Cricket to reinstate the previous board or risk being terminated permanently as a member.

Zimbabwe was suspended from participating in all cricketing activities after the ICC alleged that there had been government interference in the game.

The suspension came after Zimbabwe sport minister Kirsty Coventry appointed a Sports and Recreation Commission (SRC) to oversee the affairs of Zimbabwe Cricket, who were subsequently disbanded by the SRC.

The ICC, in a letter written to Zimbabwe Cricket that has been published on ESPNCricinfo, has now said the previous board must be reinstated and also stated that this should be done by October 8, 2019 when the governing body will next convene for a board meeting.

The letter reads: “Should you wish the ICC to reconsider your suspension, you are required to take all relevant steps to ensure that the Board of Zimbabwe Cricket elected on June 14, 2019 is unconditionally reinstated forthwith and, in any event, no later than 8 October 2019 so that the ICC Board can review the matter when it convenes on October 12, 2019 for its next meeting.

“You are also required to provide satisfactory evidence to ensure that the Zimbabwe Cricket will administer its affairs free of external interference and influence.”

The timeline means that the Zimbabwe men’s and women’s teams will not play any cricket as well as any other age-group national teams will be sitting idle for at least the next three months.

The letter states further: “Should the ICC not receive a satisfactory response from you on the above terms, within the stipulated timeframe, the ICC reserves its right to take such further action as it deems appropriate including to proceed by way of termination of your membership as provided for in the Articles of Association.”