In our series of letters from African writers, journalist-turned-barrister Brian Hungwe says many people in Zimbabwe are struggling to cope with long power blackouts as the country’s financial crisis worsens and fears of hyperinflation grow.

With both the government and families battling to pay electricity bills, many children now do their homework by candlelight.

For the last month, as soon as the sun goes down at six o’clock, candles are lit so they can settle down to complete their assignments.

It is only after they have gone to bed that the electricity comes on – usually at around 22:00 local time.

The children then have to be woken the next morning before 05:00 if they want a warm breakfast, as that is when the blackout starts again. It could be their only hot meal of the day.

It is like that in most households unless you have invested in solar power or a generator – but the latter is difficult to rely on because of severe petrol and diesel shortages and long queues at garages.

Other people have resorted to wood to cope with the 18-hour daily blackouts – which can be purchased from the roadside vendors who, quick to spot a business opening, now populate the roads leading to residential areas with their bundles of logs.

This means deforestation is on the rise.

The electricity rationing, known as load shedding, is also crippling the economy and robbing people of sleep.

I know people who are doing their ironing after 22:00, when they should be heading to their beds, or staying up late into the early hours to cook meals for their family.

A charity that runs a retirement home has appealed for help as it struggles amid the blackouts.

“We need to run on generators, not only to heat our water so people can bath, and enjoy hot meals – but more importantly, for people who rely on oxygen provision to keep them comfortable, and ultimately alive,” BS Lion said in its appeal.

Many businesses that rely on electricity have resorted to working a night shift.

You now see artisans such as welders and carpenters heading out to work in the evening to make the most of the seven hours of electricity. 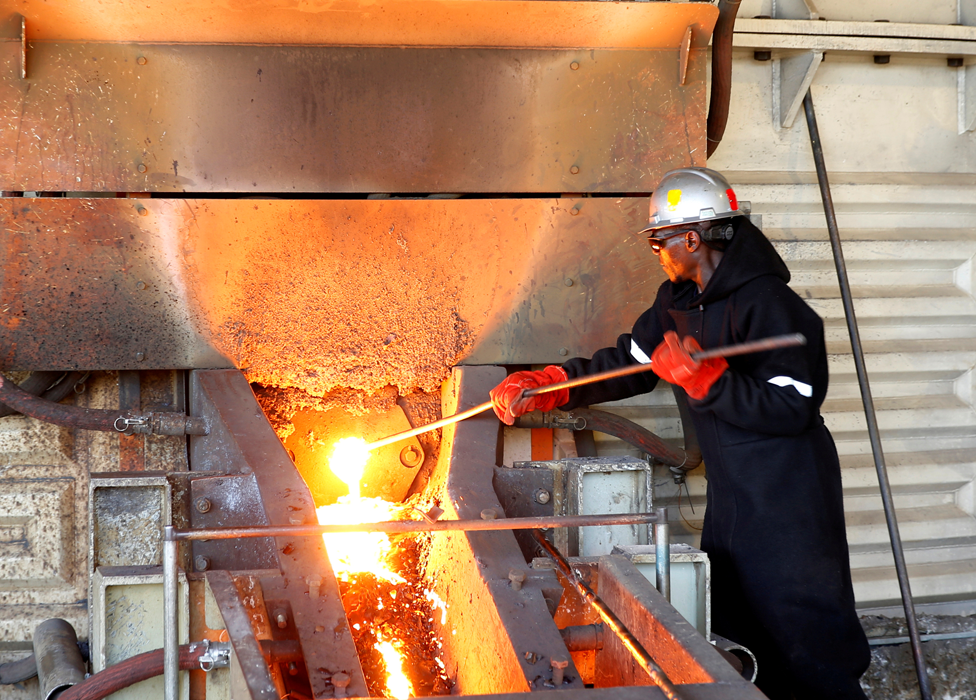 Mining contributes a huge chunk to Zimbabwe’s foreign currency earnings – something the country, which imports nearly everything, desperately needs”

The industrial area to the south of Harare, which the economic mayhem of recent decades has left a shadow of its former self, is still ominously quiet during the day.

Last Saturday, the country’s biggest mobile phone operator, Econet, shutdown for more than six hours thanks to a blackout after its own generators failed – this hit those out doing their weekly shopping as millions rely on mobile money to pay as cash is still in short supply here.

Such prolonged blackouts are a big threat to production in the mining and agriculture sectors – and could bring job losses.

Mining contributes a huge chunk to Zimbabwe’s foreign currency earnings – something the country, which imports nearly everything, desperately needs.

Farmers complain that it is hard to irrigate crops – which they need to do in this winter season when there is no rain.

And it is rain – or the lack of rain – that the government blames for these problems.

The country has one hydropower plant – Kariba – but it is failing to supply its usual amount of electricity because of low water levels cause by drought.

A coal-fired power plant in Hwange is also facing problems caused by its ageing and crumbling infrastructure, only three of its six units are operational.

Zesa, the state power firm, which would usually have been able to buy electricity from its neighbours in such circumstances, has been unable to do so because it has failed to pay its outstanding bills – it owes $83m (£66.4m) to South Africa and Mozambique.

Last month the government said it was paying $10m to South Africa’s power utility, Eskom, which has its own problems meeting demands, as part of negotiations to open up supplies.

Zesa also blames its cash-strapped customers for failing to pay their bills and it has proposed that mining firms pay for their electricity in US dollars.

This flies in the face of government policy which last month banned the use of foreign currencies that had been legal tender for the last decade – in its bid to stabilise the economy.

But the situation appears to be spiralling out of control because of a severe shortage of foreign currency, something that will only improve if exports grow.

The most recent figures suggest inflation has risen sharply over the last year. In May it was 98% and by June, annual inflation stood at 176%. So, the trend is not encouraging.

Solar power is definitely the country’s one growth area – panels and such gadgets are mushrooming on rooftops.

Yet it seems Zimbabweans will have to continue operating in the dark for some time to come.