It has become common place for discredited and unloved failed national leaders in Zimbabwe to grasp at every straw to hold on to power, including the use of brute violence, persecution of opponents, uneven political playing field, and brazen vote rigging. 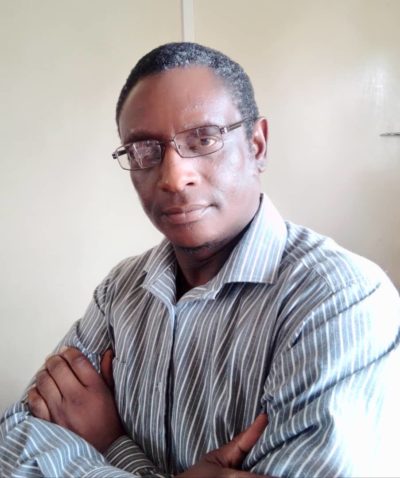 This country has been arguably one of the biggest crime scenes in the world – drenched in the blood of innocent civilians, who have been savagely and callously murdered by ruling party thugs, and in most cases, the military – over a 42-year long reign of terror, resulting in possibly a casualty rate surpassing the 30,000 figure.

This is largely based on over 20,000 calculated by the CCJP (Catholic Commission for Justice and Peace) as having lost their lives during the heinous Gukurahundi genocide targeting Ndebele speakers in the Midlands and Matebeleland provinces (with some estimates pointing north of 30,000) between 1982 and 1987, and over 800 suspected opposition supporters barbarically butchered after the ruling ZANU PF party presidential candidate Robert Gabriel Mugabe lost to the opposition’s Morgan Richard Tsvangirai in 2008.

Not to mention, scores more shot in cold blood on the streets of Harare in August 2018 and January 2019 – in addition to reports of other individual opposition members who have been killed in their various communities, as was Mboneni Ncube in Kwekwe after a CCC rally was attacked by suspected ZANU PF thugs earlier this year, and the most recent murder of Moreblessing Ali in Nyatsime, Chitungwiza (whose mutilated body was discovered in a well yesterday).

Of course, in all these dastardly incidents dating from the day this country attained independence from British rule in 1980 – not even a single person has ever been charged for any of these horrendous despicable crimes, which also included abductions, sexual violence against women on political grounds, beatings up, torture, destruction of properties, and arrests on spurious accusations of voices of dissent.

To top all this unbelievable hideous evil up, the ruling elite has had no qualms stealing what God has given our nation as shared resources for all Zimbabweans – only for a few to benefit and live a life of opulence and lavishness, whilst the rest wallow in unspeakable anguish and impoverishment.

That is when those in power – with their insatiable thirst for killing, stealing, and destroying – have the audacity to stand in front of church gatherings proclaiming that they were placed in power by God!

Whenever I hear such bitter tasting statements, as a devout Christian myself, I am always filled with righteous indignation, at the sheer brazenness of such disgusting attempts at portraying our Jehovah God as approving these acts of gross injustice and sin.

As much as it may be true that our holy scriptures indeed unequivocally state that all authority is appointed by God Himself – as only He has the ultimate power either to allow or prevent anything on earth to occur, and can also anoint specific persons for particular roles – however, there is a catch, because everything about Jehovah has to be studied in context.

We are all given an opportunity to become what God wants us to be, and fulfill all that is expected of us.

Leaders are included – be they, national, local, community, family, and even organizational and corporate.

As much as it is true that for one to land that position – God would have permitted it, as he can easily prevent anything from taking place – He, nonetheless, always holds these leaders accountable for their every action, which should be in line with His commandments and standards.

Any leader who fails this “God test” should never brag that he has Jehovah’s backing and anointing, because as sure as day is after night, he will soon be spit out of His favor.

Let us look at King Saul for instance.

He was definitely ordained by Jehovah to be the first king of the nation of Israel – having sent the prophet Samuel to bestow that anointing – however, when he disobeyed Gods commandments, He (Jehovah) turned His back on him (Saul).

As a matter of fact, as much as Saul remained king for years to come – Jehovah has already anointed another (David) to be His chosen one – resulting in Saul’s reign being riddled with unending catastrophes and disasters, under a monarch who was no longer at peace, and near to losing his mind.

This is one important lesson our leaders in Zimbabwe – who love boasting about “leaders being appointed by God” – need to learn henceforth, since one can, indeed, continue being in leadership for a while longer, but having long lost the favour of Jehovah.

In fact, a new leader to take over would already have been lined up, and anointed by the same God.

The bottom line is that, Jehovah demands that all those he appoints religiously adhere to His each and every word, and any disobedience results in God turning His back on that leadership.

Surely, are we then to believe that, our God who hates killing, stealing, destroying (all hallmarks of the devil), as well as lying, and all manner of immorality and amorality, so frequently associated with the Zimbabwe ruling elite – is still behind this regime?

I think not – as that would render our God, a god of sin and wickedness!

Let our leaders be reminded of King Saul – as they may still be in power today, enjoying their false sense of security and cold comfort – but, let me be brutally frank with them…the God that they love bragging about has long since turned His back on them.

I genuinely believe that a new leader is already on the ready, and it is only a matter of time before God’s plans for Zimbabwe are made known to all.

In the meantime, as happened to Saul, whose final days of rule was marked by chaos, disorder, and discord – on account of God’s favor having left the disobedient and disloyal king – our days in Zimbabwe are no different!

Saul even tried to evoke the spirit of a dead Samuel for guidance and leadership, in desperation – but, it was too late…just as Zimbabwe’s ruling elite can visit all the church organizations on this planet for political grandstanding, but to no avail.

The Bible these leaders love quoting, and pretending to understand and follow – whilst campaigning at these various churches – has numerous examples of kings who were shamed, humbled, and eventually cast aside, and I would strongly recommend that they read these verses, rather than merely how “God appoints all authority”.

God is hearing the loud endless cries, and sees the tears, of the suffering, oppressed, and impoverished people of Zimbabwe, and their prayers will soon come to pass.

Do not say you were not warned!