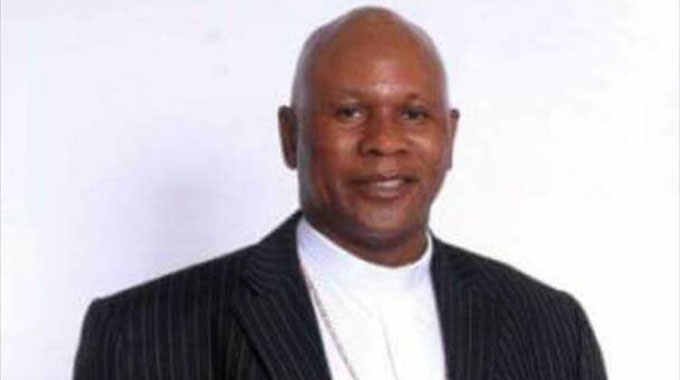 Thupeyo Muleya Beitbridge Bureau
The People’s Progressive Party (PPP) presidential candidate Pastor Timothy Chiguvare has promised to suspend the collection of duty on all imports from sadc in his first six months in office.

In an interview on the sidelines of his party’s roadshow in Beitbridge, the clergyman-cum-politician said he was confident of a landslide victory arguing that he had better policies than the rest of the contenders to the country’s highest office.

Pastor Chiguvare said he had a master plan to take Zimbabwe back to ‘glory days’.

“Our aim is to turn around the economy and the country to just former glory so that people could be able to put food on the table,” he said.

“We are not into politics for fame or for money.

“Our vision as PPP is far from politics, the whole idea is to win the elections and rebuild the country’s economy.

“My government would focus more on women and children and job creation.

“If elected to lead the country, l will suspend the payment of duty on all goods imported from sadc especially Botswana and South Africa.

“We need an amnesty to all citizens because the PPP has international business’ support.

“There will be no need to our Government to take money from struggling Zimbabweans when we have international business support.”

Pastor Chiguvare said he would also engage investors to revamp the road and rail transport network in the process creating over 100 000 jobs through related services.

He said the country had been isolated from the rest of the world for a long time, a development, which had put a dent to investment and employment creation.

He also commended the new political administration led by President Mnangagwa for creating a conducive environment to hold harmonised elections.

“The Government has created a good environment where people can campaign peaceful without any intimidation, though in some areas we are having our posters being defaced by political opponents.

“Though we have not managed to field candidates for local government and National Assembly elections, the response from the electorate is encouraging.

“There is nothing, which can stop the PPP from a landslide victory in the race for the presidency.

“For you own information we have support on the ground since 26 December 2008,” said the clergyman.

He said the party will field more candidates in the next 2023 elections.