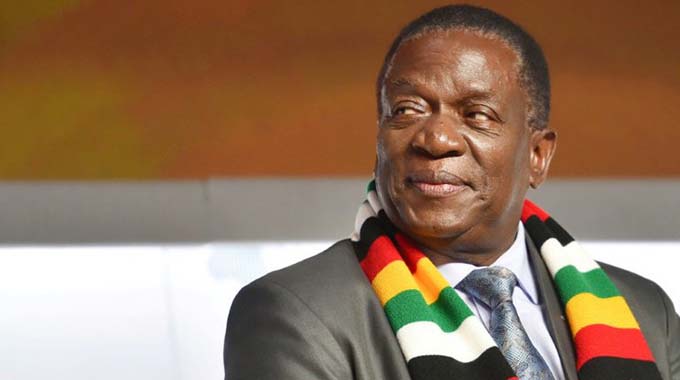 Thupeyo Muleya Beitbridge Bureau
President Mnangagwa will tomorrow visit Beitbridge Border Post for a groundbreaking ceremony to begin works on the mordernisation of the country’s and sadc’s busiest inland port as part of Government’s initiative to facilitate ease of doing business.

The President recently said Cabinet had approved the upgrading of the border post.

In addition, President Mnangagwa said he had since met with the directors of the company that won the tender to upgrade the border post.

“The President will be visiting Beitbridge on Wednesday (tomorrow) for a ground-breaking ceremony for the upgrading and expansion of the border post,” he said.

By the end of day yesterday, senior Government officials from Matabeleland South province were still locked in meetings and attending to logistical issues ahead of the President’s visit.

Chairperson of the Beitbridge State functions committee, Mrs Kiliboni Ndou-Mbedzi, who is also the District Administrator said the stage was now set for the ground breaking ceremony.

“We have covered enough ground in terms of logistics and as we speak people are busy on the ground preparing the venue,” she said.

Addressing a rally at Phelandaba Stadium, in Gwanda recently, President Mnangagwa said that the New Administration’s re-engagement initiative has seen Zimbabwe joining Zambia and Botswana in the construction of Kazungula Bridge.

“I have already met with the directors of the company that won the tender to mordernise and upgrade Beitbridge border post and they gave me assurance that all was on track.

“We are hopeful that the project will be taking off soon. In addition, we are also working on implementing the one-stop border post with Zambia and Botswana at Kazungula. Through re-engagement Zimbabwe is now part of the Kazungula Bridge project,” he said.

In his 2018 National Budget, the Minister of Finance and Economic Development, Patrick Chinamasa allocated $14,5m towards upgrading infrastructure at sadc’s busiest inland port.

According to the budget statement; “A total of $4,2million will be spent on relocating the Vehicle Inspectorate Department (VID) from the border.